Gog.com just announced that Wave II of their DRM-free Lucasfilm game releases has officially launched on their site. The digital games distribution company struck a deal with Disney Interactive to launch a number of classic arcade titles directly.

For the first time via digital distribution, you can now download X-Wing vs. TIE Fighter, X-Wing Alliance, and Galactic Battlegrounds Saga on Windows. 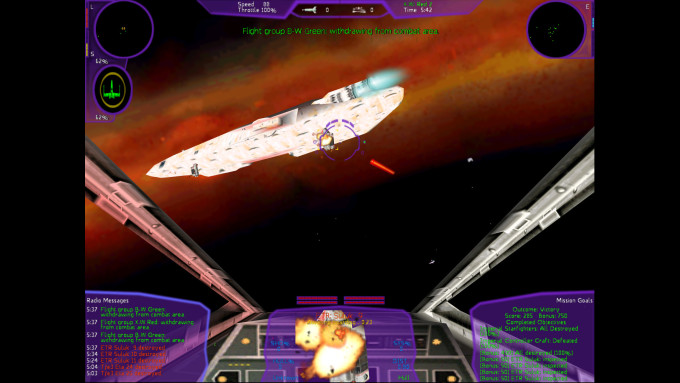 This second wave of games also includes three titles that were previously available through other services, like Steam. Battlefront II, Dark Forces, and Knights of the Old Republic II: The Sith Lords are now a part of Gog.com’s catalog.

The company also hinted at an upcoming release of six more titles, “We’re not saying more right now, but we know the wait will be worth it for six great reasons.” The original deal announcement boasted more than 20 classic titles coming to Gog.com in the future.

This is big news for fans of the original X-Wing series of games. Until this deal with Disney Interactive was penned, none of them were available via digital distribution. Players can finally step back to the 1990s and recreate the epic Death Star battle scenes from the movie franchise with a simple click of the “buy” button.

Being a Star Wars geek, you’d think I would be upset that Disney took over the LucasFilm franchise. However, if Disney is willing to let go of the controls on classic video game titles like the X-Wing series, then there is a chance we may see the original theatrical trilogy finally make its way to DVD (or, even Blu-ray). Am I hoping for too much?