The Cisco Cius is a 7 inch tablet for enterprise. It has a 1024 x 600 pixel display, a 1.6 Ghz Intel Atom processor, runs Google Android, and has custom, business-friendly software including remote desktop apps and software that lets your company’s IT department manage your device remotely and even build a customized app store experience. 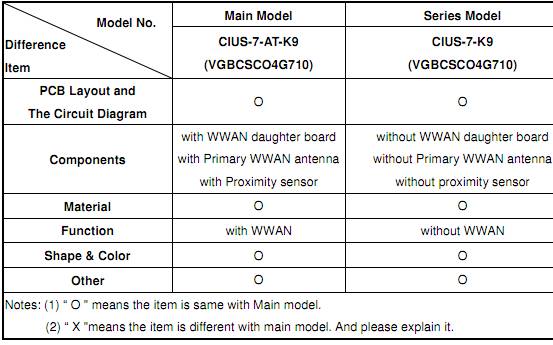 Since the Cisco Cius is aimed at enterprise rather than end users, it doesn’t get as much attention as a lot of Android tablets, but it’s one of the few tablets released this year that really does manage to distinguish itself from the competition.

Now it looks like Cisco is getting ready to bring a 4G model to market.

This summer Verizon announced plans to offer the Cius with 4G LTE — but that just meant that customers could buy a WiFi-only version of the tablet and throw in a 4G mobile hotspot which could be used to get online from anywhere in Verizon’s service area.

But this week a Cisco Cius 4G model showed up at the FCC website. The product was actually submitted to the FCC in August, and it appears that aside from the name there isn’t much about the Cius 4G that’s different from a regular Cisco Cius tablet. But the name does suggest that the tablet will be able to connect to 4G LTE networks without the use of a separate mobile hotspot device.

One reply on “Cisco Cius 4G tablet hits the FCC”