There’s no shortage of handheld retro game consoles these days, allowing you to play classic console games on the go.

But the Circuit Gem goes a little above and beyond the norm by stuffing modern hardware into a truly retro case.

It’s a modern micro console/computer stuffed into the shell of a Sega Dreamcast VMU. 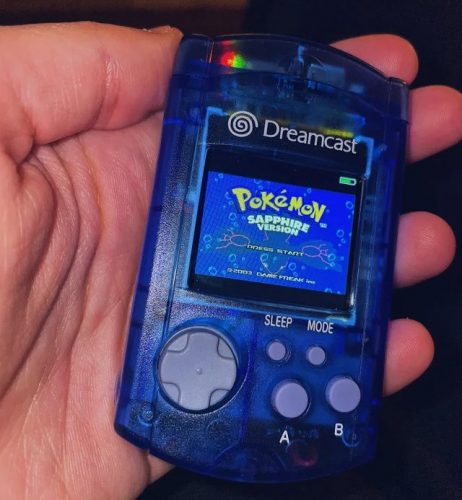 The Dreamcast was a game console released in the late 90s, and it was designed to be used while plugged into a TV. But it did support removable storage thanks to something called a VMU (Visual memory Unit). And unlike most game consoles, that storage device was also a multi-purpose gadget that had its own screen, buttons, and even battery.

When connected to a Dreamcast, the VMU could be used as a second screen for some games. When disconnected, you could use it to play mini games.

But by scooping out the insides and replacing them with a color screen and a Raspberry Pi Zero, the makers of the Circuit Gem have kept the classic design while enabling support playing games designed for the NES, SNES, Game Boy Advance, Sega Game Gear, Mega Drive, and Master System, and other game consoles. Sadly, Sega Dreamcast emulation isn’t listed among those that are supported… there’s only so much the Raspberry Pi Zero can handle via emulation. 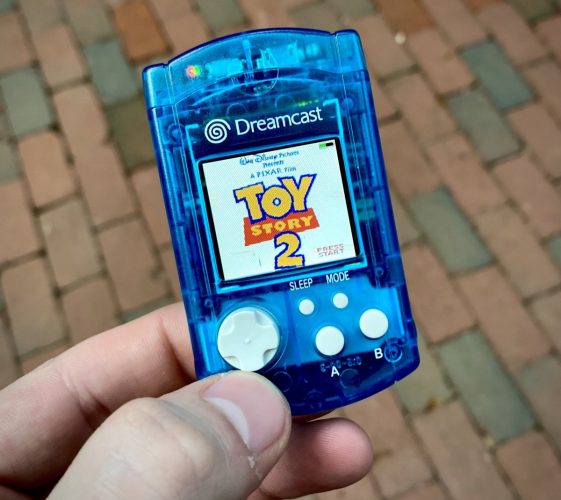 Before pulling out your wallet to buy one though, there are a few things to keep in mind:

That last point will clearly make this a limited-edition, enthusiast-only gadget. But given that each unit is custom made, it would be hard to keep the cost of parts, labor, and shipping as low as those for a mass produced game system like those that Nintendo can crank out.