Chinese PC maker Chuwi’s latest computer is a 2-in-1 tablet with an 11.6 inch full HD display, a built-in, U-shaped kickstand, an Intel Core m3-6Y30 processor, and 8GB of RAM.

It’s called the Chuwi Ubook and it goes up for pre-order through a Kickstarter campaign set to begin on January 31st.

There are two things that stand out about the Ubook: the starting price will be less than $400… at least during the crowdfunding campaign. And while the entry-level model will have a 128GB SSD, Chuwi will also offer a higher-priced model with a 1TB SSD. 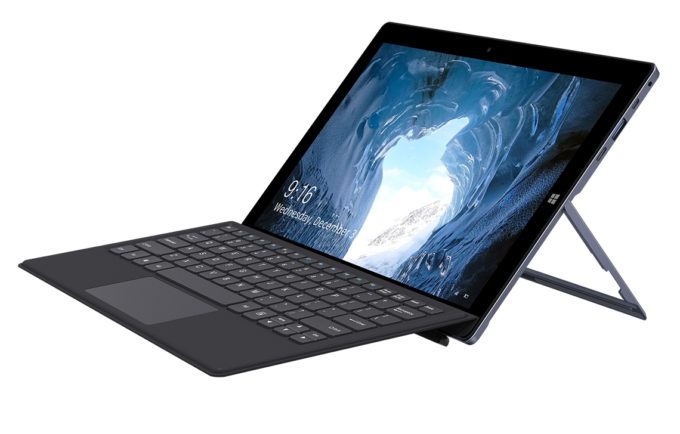 That makes the Chuwi Ubook one of the only budget Windows tablets that will be available with that much solid-state storage.

That said, this is still very much a budget device: it may have an Intel Core processor rather than a lower-performance Celeron or Pentium Chip, but the Ubook will ship with a Core m3 processor that’s two generations and more than three years old.

The detachable keyboard features backlit keys and a spill-resistant coating.

Update: The pen and keyboard are included in the price… And speaking of the price, the entry level model will sell for around $400, but early backers of the Kickstarter campaign with be able to save $50.

Meanwhile, if you want to opt for the 1TB model, you can expect to pay a premium. It’s expected to cost several hundred dollars more than the 128GB version of the tablet.

Update 2: The crowdfunding campaign for the tablet is now live.