Chinese tablet maker Chuwi is working on a new tablet with an Intel Celeron N3450 Apollo Lake processor and a big, high-resolution display.

The company hasn’t revealed the price, launch date, or even name of the new tablet yet, but a few pictures posted to Twitter provide a few details. 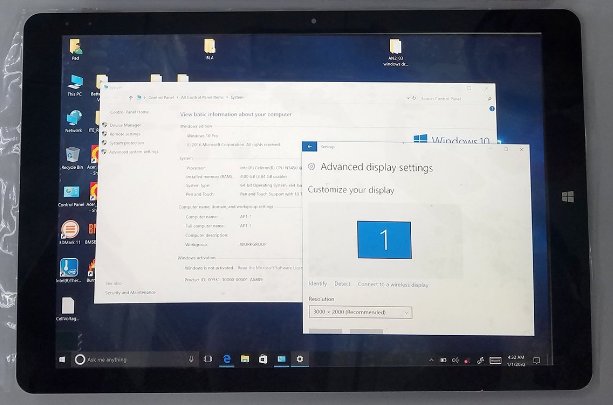 The unnamed tablet has a 3000 x 2000 pixel display, giving the Windows 10 tablet the same 3:2 aspect ratio as Microsoft’s Surface Book.

In fact, Chris from TechTablets figures there’s a chance the tablet is using the same display as Microsoft’s 2-in-1 tablet, which would mean it’s a 13.5 inch screen with 267 pixels per inch… although Chuwi hasn’t confirmed the physical dimensions.

There are a few other things we do know about the upcoming tablet though. It has 4GB of RAM and supports pen input as well as 10-finger multitouch.

Intel says that chip can support up to 8GB of DDR4-2400 memory, but it also supports slower DDR3L/LPDDR3-1866 memory. It’s not clear which type of RAM the tablet will use.