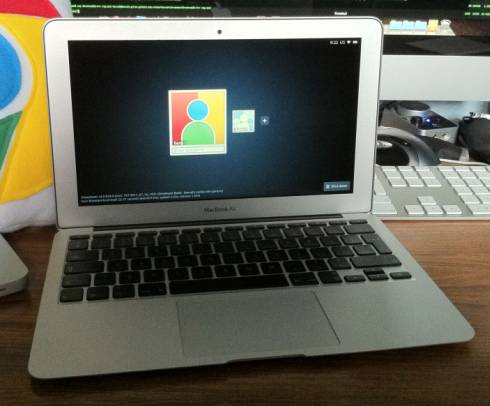 Some folks like to say that the MacBook Air is an overpriced netbook, with a starting price of $999 since it’s smaller and less powerful than a full-fledged MacBook. Other folks like to say that Samsung and Acer’s Chromebooks are overpriced netbooks with prices starting at $349 since they have netbook-like components, but a simplified operating system designed to run nothing but a web browser.

Now you can have the worst of both worlds by installing Chromium OS on the MacBook Air.

Long-time Chrome OS hacker Hexxeh has released a port of Chromium OS for Apple’s thin and light laptop. Chromium is the open source version of Chrome OS. It doesn’t typically have all the features you’d get from an official Chromebook, since there are no hardware-specific security features or boot speed optimizations. But it turns out when you install Chromium on a relatively fast machine with a speedy solid state disk, it’s pretty zippy anyway.

Hexxeh reports the MacBook Air boots in about 22 seconds. It would be even faster if the machine didn’t have to go through Apple’s EFI software first.

Now for the bad news: There’s currently no way to run Chromium OS from a USB flash drive on the MacBook Air. You have to actually install the operating system to the computer’s SSD, and doing that will erase OS X. You can dual-boot OS X and Chromium OS, but neither Hexxeh nor Apple will offer any official support for that. 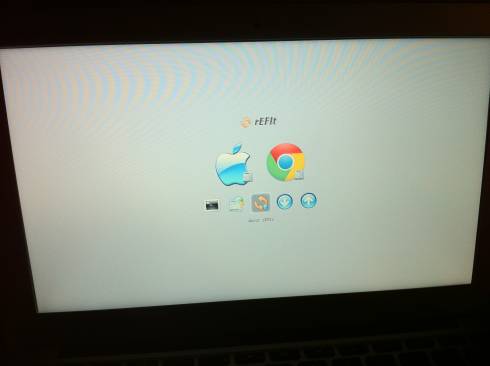 4 replies on “Chromium OS ported to the MacBook Air”