Right now Google Chrome OS is little more than a Google Chrome web browser running on top of a Linux kernel. There’s no desktop or taskbar, and there aren’t many native apps built into the operating system unless you count the file browser or media player which open in in browser tabs. 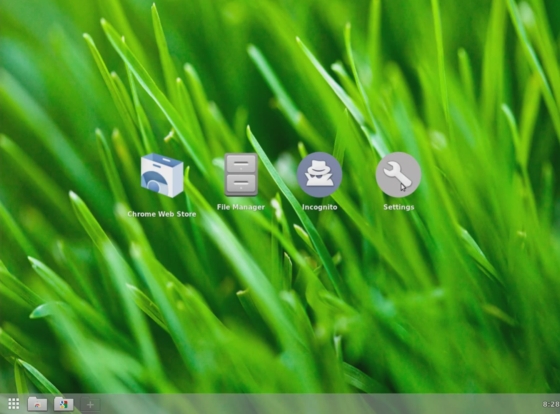 For the past few months developers have been working a project called the Aura Shell which gives the operating system a desktop and window manager. It’s possible to build a version of the open source version of Chrome OS (called Chromium OS) from source with Aura, but the new environment isn’t yet ready for Google or its partners to deploy on Chromebooks such as the Samsung Series 5 or Acer AC700. 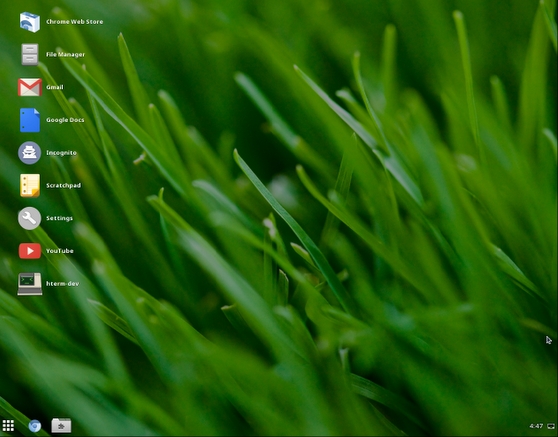 Even with the Aura Shell, Chromium OS is designed first and foremost to run web apps, not native apps. But your apps and settings can appear on a desktop instead of a browser tab. There’s also a taskbar and system tray, or “uber-tray” which lets you access some settings quickly.

It may also be possible to store documents and other files on the desktop. Google recently rolled out the ability to synchronize your Google Docs with Chromium OS, so that all of your spreadsheets, presentations, and other documents are available on the go whether you have an internet connection or not. 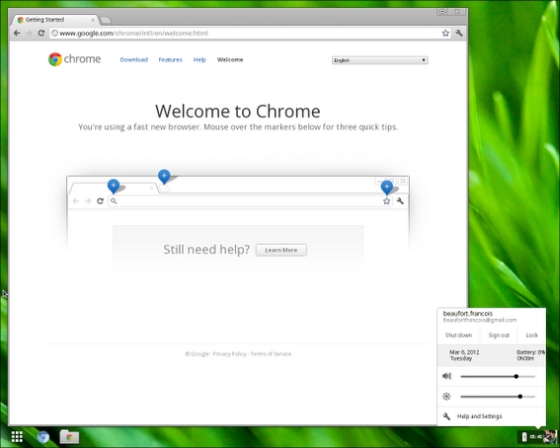 The Aura Shell makes Chromium look and act a bit more like a traditional Windows or Linux desktop operating system while retaining an emphasis on cloud storage, web apps, and quick boot speeds.

At the same time, we’re starting to see companies producing Chromebooks with higher caliber hardware which should improve performance.

Samsung recently started showing off an upcoming Chromebook which uses an Intel Celeron processor rather than an Atom chip. And Google is reportedly testing Chrome on computers with Intel’s upcoming Ivy Bridge processor.

Chrome OS is still a tough sell. Almost anything you can do with a notebook running Chrome OS you can also do with a Mac, Windows, or Linux computer running the Chrome web browser. 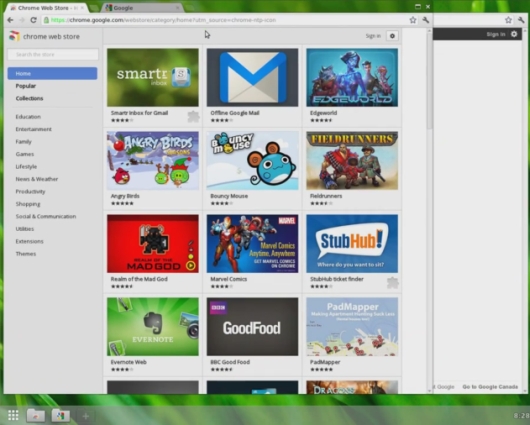 But Chrome OS offers tighter security, since users don’t download and install apps — instead they’re hosted online. Also, since all of your data is associated with your Google account, if your Chromebook is lost or stolen you can pick up another computer and start working right where you left off.

While those features could be attractive to some consumers, Chromebooks might be most useful in business and education settings. Users can check out a computer, sign into their account, and start working right away whether they’re using the same machine they were issued last time or not.

8 replies on “Chromium OS gets a desktop and window manager, looks like a proper OS”