There’s no shortage of Chromebooks on the market today, including entry-level models that sell for under $200 and premium devices that cost as much as $1600. But you can also make your own Chromebook by installing Chrome OS on a PC you may already have.

Doing so could breathe new life into an aging computer that may struggle to keep up with modern software, load a simple-to-use and relatively secure operating system on a PC for a friend or family member, or to explore what Google’s desktop OS has to offer for power users.

While options like Neverware’s CloudReady and ArnoldTheBat’s Chromium OS tools make it easy to install Chromium OS on a PC, it’s a little trickier to install Chrome OS. The former is the the open source version of the operating system that runs on Chromebooks and it lacks some bells and whistles. The latter is the same software you’d find on a Chromebook.

But there’s a new tool called Chromefy that helps you install the full version of Chrome OS on just about any relatively modern PC. 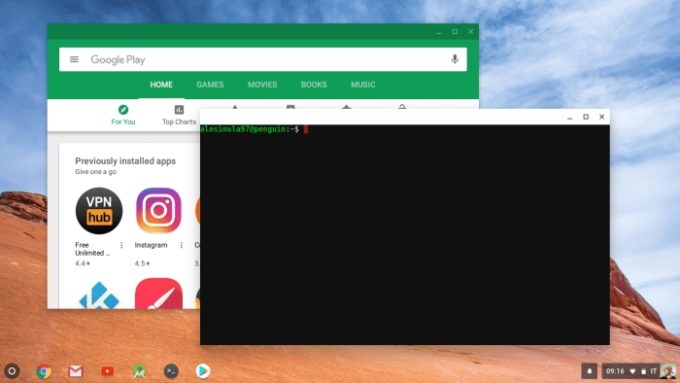 Installing Chrome OS with Chromefy isn’t quite as simple as install Chromium OS using CloudReady. In a nutshell, the process involves:

Note that if you do that, you’ll replace any software on your computer with Chrome OS. The good news is that it’s a fully functional version of Google’s operating system complete with support for Android apps and Crostini (which lets you run desktop Linux software).

The bad news is that you’ll overwrite Windows, Linux, or any other operating system already loaded on your computer.

You can create a multi-boot setup that lets you choose from several different operating systems every time you boot the computer. But you’ll have to jump through a few more hoops to do that.

So proceed with caution and make sure to backup any important data before experimenting with Chromefy.

25 replies on “Chromefy turns any PC into a Chromebook”