Google’s new Chromecast with Google TV (HD) looks virtually identical to the 4K model the company launched a few years ago. But it’s a more affordable device with a $30 price tag, a less powerful processor, and less RAM.

It does have a few advantages over the $50 Chromecast with Google TV (4K) though. 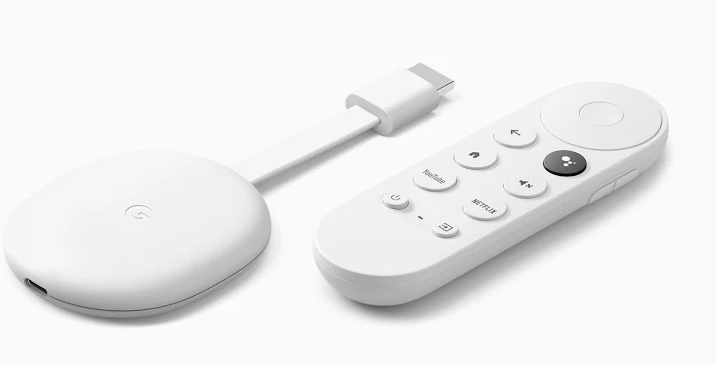 We already knew that the new Chromecast HD supports hardware-accelerated playback for videos encoded using the AV1 codec, something that the 4K model does not support.

And we also knew that it supports A/B partitions, allowing firmware updates to be downloaded and installed in the background regardless of how many apps you have installed (sometimes the 4K model fails to install updates because it’s out of space.

But when Elias from AFTVNews got his hands on the new Chromecast HD, he discovered something surprising: There’s an option in the device Settings to “Allow OEM unlocking.”

Theoretically that’s the first step toward unlocking the bootloader, but unfortunately Mishaal Rahman notes that the next step, which involves actually getting access to the bootloader to unlock it, isn’t as simple. At this point it’s not even clear if it’s possible at all.

While it’s true the Chromecast HD lets you enable OEM unlocking, I haven’t found a way to actually unlock the bootloader. I can’t boot into the bootloader – not through ‘adb reboot bootloader’ nor the menu options in fastbootd or recovery. They just kick me back to Android. pic.twitter.com/TWrUaAs3V1

If anyone does figure out how to unlock the bootloader, that could make the Chromecast HD a much more hacker-friendly device than the 4K model, which does not officially support unlocking the bootloader (you need to use third-party tools that exploit a vulnerability to do that). An unlocked bootloader opens the possibility of gaining root access, installing custom ROMs, or making other changes to the default software that could affect performance or behavior.

That said, AFTVNews also ran some benchmarks and determined that while the new Chromecast HD should be fine for streaming HD video to a TV, there’s a good reason it costs $20 less than the 4K model that’s been on the market for the past two years: the 1080p model is significantly less powerful, although it does at least outperform Walmart’s $15 Onn Android TV media streamer.

If you want the fastest Android-based media streamer available, your best bet is still to pick up an NVIDIA Shield TV or Shield TV Pro (best CPU & graphics) or Amazon Fire TV Cube (competitive with the Shield TV in CPU performance, but far behind in graphics). They’re also some of the most expensive Android-based media streamers though, so I’d probably recommend waiting until they go on sale if you choose to go that route – Amazon sells the Fire TV Cube for 40% or more off a few times a year (such as Prime Day or Black Friday).