Google’s Chromecast doesn’t have much of a user interface. When you plug it into a TV and turn it on, the Chromecast simply boots to a “Ready to Cast” page and waits for you to send commands from your phone, tablet, or PC.

But it looks like Google could eventually add support for a news ticker, photos from your Google+ feed, or advertisements to that start screen. 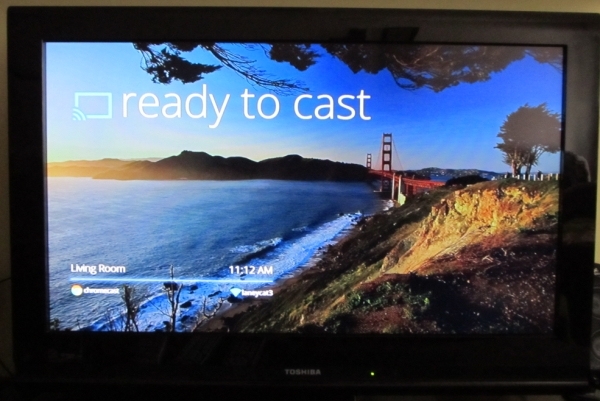 Software developer Leon Nicholls reports that the Ready to Cast page is basically just a web page, and that adding content to it would be as easy as modifying the HTML.

There’s already JavaScript that suggests banner ads could be added to the screen, which would allow Google to serve ads to users when they first turn on the Chromecast, giving them something to look at while deciding what they want to watch on their television screens.

I don’t know a lot of folks who are clamoring for more advertisements in their lives, but with Google already selling the Chromecast device for just $35, it’s not hard to imagine a future where the company practically gives them away and makes up for any lost revenue through advertising.