Google recently launched a new feature that lets you use a Chromecast to mirror your Android phone or tablet display to a TV. But for now Google only officially supports a little over a dozen devices.

Want to try Chromcast screen mirroring, but don’t have a phone or tablet on Google’s list?

There’s an app for that. 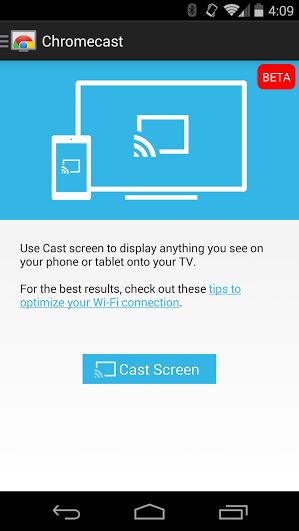 Developer r3pwn has released an experimental app that should enable screen mirroring on most recent Android devices — although there are reports that some older devices don’t work.

You’ll need a rooted Android device to use the app and you’ll need to install the latest Chromecast app from the Google Play Store. But you don’t need to root the Chromecast or do anything at all to Google’s little TV streaming device.

One reply on “Chromecast screen mirroring for any (rooted) Android device”