It’s easy to dismiss Chromebooks with a simple statement: “There’s nothing you can do on a Chromebook that you couldn’t do with a Windows, Linux, or OS X laptop with the Chrome browser installed.” And that’s kind of true… but it also misses a few points. First, sometimes less is more — and Chromebooks are designed to be good at fewer things rather than mediocre at more.

Second, Chromebooks tend to be cheaper than most laptops.

I suspect it’s the latter point that helps explain why Chromebooks have dominated Amazon’s laptop sales charts at the end of 2013. And it’s not just Amazon. NPD Group estimates that 21 percent of all notebook sales in 2013 were Chromebooks. 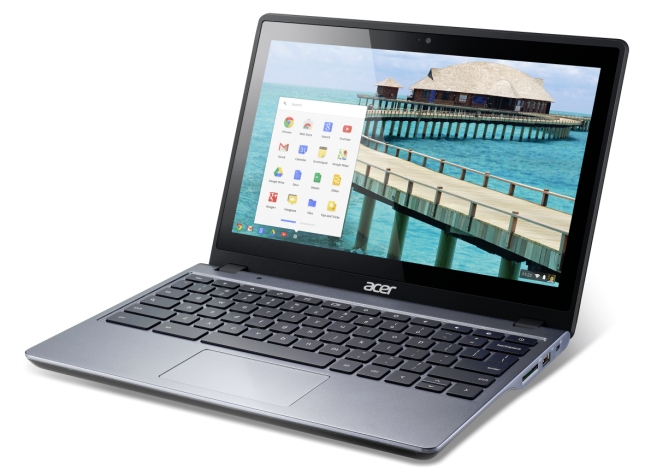 According to Amazon, two of the three best-selling laptops

during the holiday season were Chromebooks from Acer and Samsung. These little Chrome OS laptops tend to sell for $200 and up.

The third model? That was the Asus Transformer Book T100, a 10 inch Windows tablet/notebook hybrid which sells for under $400

The takeaway? People seem to be spending their pocket change on cheap laptops.

Whether this means they’re sold on Google’s vision of a browser-based operating system remains to be seen. They might just be sold on cheap laptops.

A few years ago, netbooks topped best-seller charts, but those inexpensive, small, and low-power laptops have pretty much faded away in recent years (although you could make the case that Chromebooks and cheap convertibles like the Asus T100 are their spiritual successors). I’m not sure I’d say netbooks were a fad — they disappeared at least as much due to PC vendors shifting their focus to devices with higher profit margins as they did to consumer preference for tablets and larger laptops. But one year’s sales figures do not a trend make.

Still, 2013 has been a good year for those of us who are fond of portable, inexpensive laptops.

39 replies on “Chromebooks climb up the notebook sales charts”