Acer, HP, Lenovo, and Samsung are all offering Chromebooks, with screen sizes ranging from 11.6 to 14 inches. Some have hard drives while others have solid state disks. And some have x86 processors while others have ARM-based chips.

So what’s next for laptops running Chrome OS? According to a concept video (and hints from developer François Beaufort), next-gen Chromebooks could feature high resolution touchscreen displays. 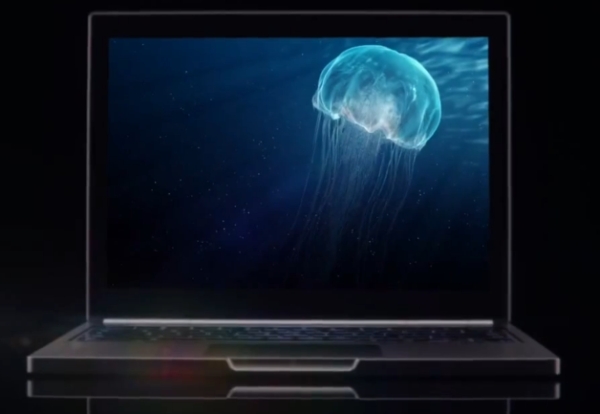 Beaufort says he knows that Google is actually testing a device with a 2560 x 1700 pixel display and touch capabilities.

What we don’t know if the video from SlinkyMe that showed up on YouTube this week shows that product or just a concept that may or may not have anything to do with any real device.

The concept is called the Google Pixel, and according to the video it’s “designed” by Google, which would suggest that it’s either being designed and built in-house like the ill-fated Nexus Q (or the too-soon-to-tell Microsoft Surface tablets), or it could be the Chrome OS equivalent of an Android Nexus device. Google typically partners with companies such as Asus and Samsung to build phones and tablets under the Nexus brand, and could be partnering with a laptop maker to build a Chromebook Pixel.

Or maybe it’s just a concept meant to inspire the next generation of Chromebooks from companies such as Acer, HP, Lenovo, and Samsung.

Update: Unsurprisingly, the video has been removed from YouTube… which may or may not lend any credence to the existence of a Chromebook Pixel project. The CEO of SlinkyMe says the company’s servers were hit by hackers, which is why the project was posted online.

You can check out some screenshots below (thanks Android Authority!)