Ever since the first Google Chrome OS laptops came into existence, hackers have been trying to figure out how to load Ubuntu and other Linux distributions onto the machines. After all, the Chromebooks and Chromeboxes put out by Samsung and Acer have some nice hardware and don’t cost too much. 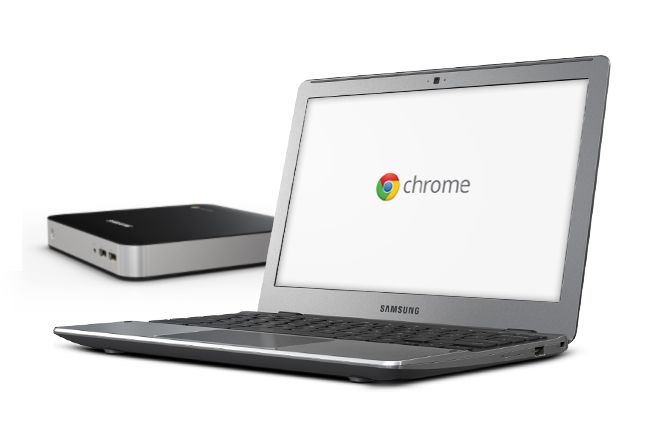 However, some find the browser-based operating system too limiting as it can only run web apps and needs to be connected for most tasks. Thus the interest in dual-booting.

Extreme Tech recently released instructions and a custom-tweaked Ubuntu for this purpose. In the future, the process outlined in their post (which is admittedly for the extreme techie…) may not be necessary.

Dinu, a blogger at ChromeStory, noticed a line of code that hints at the possibility of booting Ubuntu from a USB key. If so, users won’t have to go through the process of switching to developer mode and can potentially run the existing Ubuntu build without modifications.

The note on the code mentions changing the bootorder of a Chrome OS device. This means that a Chromebook or Chromebox would look to the USB ports for an operating system before the solid state drive inside. PCs have this ability as well — all you need to do is make a simple change to the BIOS — which makes it possible to run Linux without actually installing it.

Ubuntu is specifically mentioned, but there are other operating systems that can run from a USB key, opening up what a Chromebook can do.

It would be even better if the SD slot is included in the boot order since a USB key will stick out where a memory card won’t (or won’t as much). This gives users a set it and forget it solution. Just leave the SD card in and boot up Ubuntu or whatever other OS all the time.

So far all of this is based on code found in Chromium OS, not the final for Chrome OS, so it may never come to fruition. I hope it does. I’m a big fan of the Chromebook hardware — light, small and fast SSD, minimal, sleek and inexpensive — but not so much a fan of Chrome OS. If I can easily boot Ubuntu on one, I may be more tempted to buy.

3 replies on “Chrome OS To Allow Dual-Booting In Future Releases?”