There are a growing number of Chromebooks with touchscreen displays, including some models with a convertible tablet-style form factor. And while it’s not particularly difficult to interact with Chrome OS using your fingertips, it looks like developers at Google are trying to make things easier. 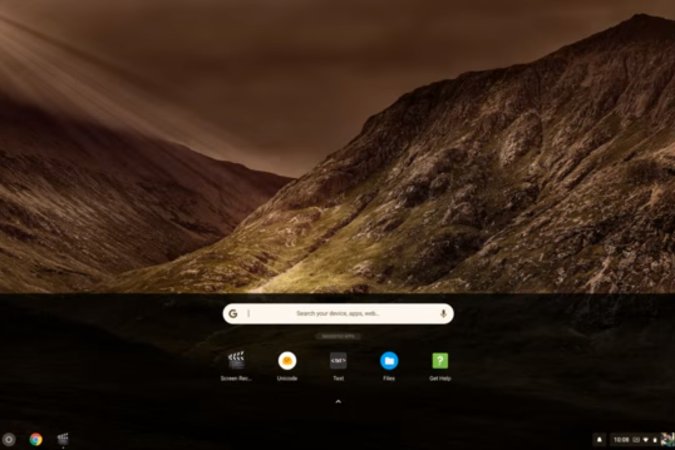 The new launcher puts a search bar and a few app shortcuts at the bottom of the screen. You can swipe up to reveal additional apps, or start typing in the search box to see suggested apps and websites.

There’s also a mic icon that you can tap to speak instead of typing.

Overall, it makes Chrome OS feel a bit more like a smartphone or tablet operating system rather than one that’s designed specifically for notebooks. Now that you can run Android apps on a number of Chromebooks, the lines between an Android tablet and a Chrome OS laptop are getting blurrier and blurrier.

In order to enable the touch-friendly launcher, you’ll need to enable the chrome://flags/#enable-fullscreen-app-list flag and restart Chrome. Eventually the new launcher (or something like it) could make its way to beta and then stable builds of Chrome OS.