Google is rolling out Chrome OS 78 to Chromebooks and Chromeboxes and, among other things, it’s the first version of the operating system to support virtual desktops.

This feature, which was spotted in code commits as far back as February, allows you to create multiple workspaces that function as if you were using multiple monitors — except you can flip back and forth between them on a device with only one screen.

It’s a feature that’s been available for Windows, Mac, and Linux for years. So Chrome OS is kind of playing catch up here. But it is catching up, and providing further evidence that Chromebooks are running a “real” desktop operating system. 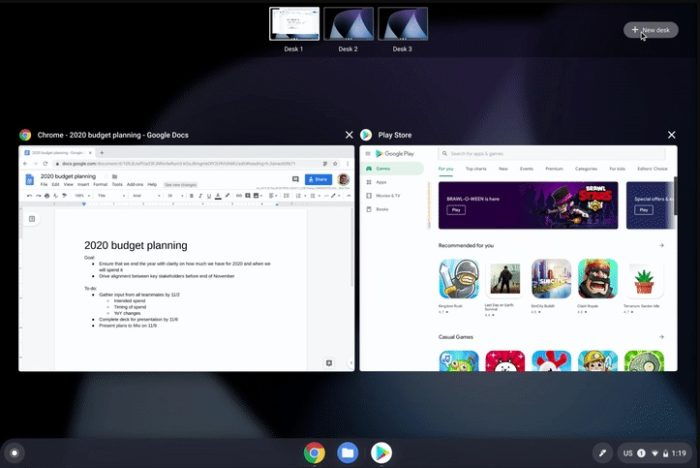 Other new features in Chrome OS 78 include:

You can read more about the new features in Chrome OS 78 in Google’s blog post.

One reply on “Chrome OS gains virtual desktops, click-to-call on an Android phone, and more”