There’s only one Chromebook on the market today that features a touchscreen display. But that hasn’t stopped developers at Google for adding support for an on-screen keyboard to the latest dev channel update of Chrome OS.

If you’re using a Chromebook Pixel (or another Chrome OS device, I suppose), you can now turn on the keyboard by visiting chrome://flags in a browser window and enabling the virtual keyboard flag. 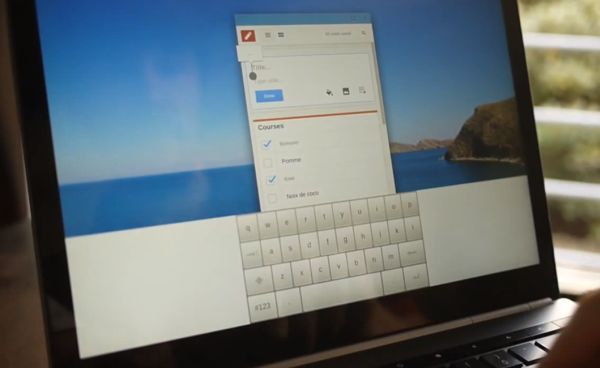 At this point the keyboard is a work in progress which doesn’t take full advantage of the width of the Chromebook Pixel’s display. But it pops up when you tap on a text input box, just like you’d expect a keyboard to do on a touchscreen device.

The Chromebook Pixel may have a touchscreen, but it also has a pretty excellent keyboard right below the screen. So there’s really not much reason to use the on-screen keyboard.

But it’s possible that Google’s Chrome OS developers are using the Pixel to test features for upcoming tablet-style devices. This wouldn’t be the first time we’ve seen evidence that future Chrome OS devices could have slate or tablet/notebook hybrid designs.