You can install and run Linux apps on most recent Chromebooks thanks to Google’s Crostini software. That makes Chromebooks feel a lot more like “real” laptops, since you can now run desktop software like GIMP or LibreOffice. But there are a few things Linux apps still can’t do.

Kevin Tofel at About Chromebooks spotted an update to the Crostini documentation that suggests Chrome 74 will add support for audio output when you’re using Linux apps. 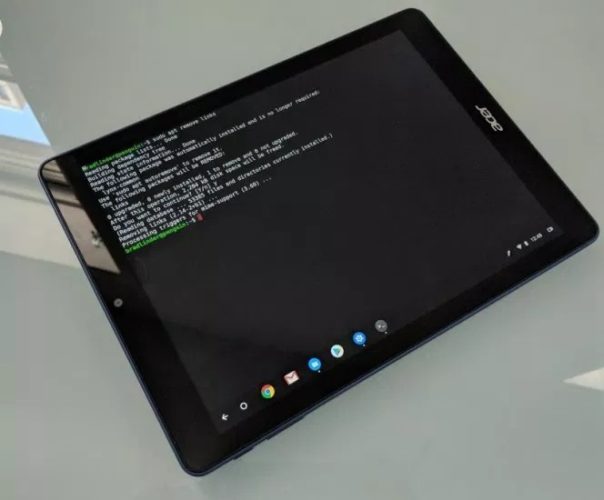 Right now we’re only talking about audio output. There’s still no support for audio input. That means you can’t use a voice or video chat apps or voice recorders, for instance.

Google developers say the plan is to focus on stereo audio playback first to make sure everything works properly. Eventually Google may add support for audio input, but that’s a bit trickier since it means giving Linux applications access to a Chromebook’s microphone.

One of the key selling points for Chrome OS is that it’s a relatively secure operating system that runs apps downloaded from the Chrome Web Store (or Google Play for Android apps) in a sandboxed environment. Crostini allows users to install applications that come from untrusted (by Google) sources, so the company is treading carefully before granting those apps access to a device’s microphone or camera.

Chrome OS 74 should hit the stable channel on April 30th, but you may be able to test it a bit sooner if you switch to the Chrome OS Beta, Dev, or Canary channels.