Google’s Chrome OS debuted nearly 11 years ago as a browser-centric operating system designed for laptop and desktop computers. Since then the operating system has become more powerful and versatile with support for Android and Linux apps, Steam games, and many usability improvements.

Thanks to a rather aggressive release schedule, Google rolled out Chrome OS 100 this week, and the company says it packs a number of new features and changes. 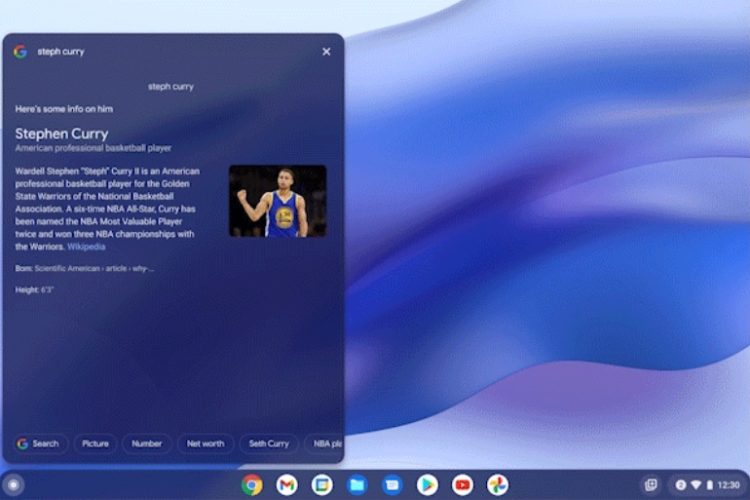 One of the most noticeable is a new design for the Chrome OS Launcher, which Google says will roll out soon for all Chromebooks.

Instead of opening in the center of the screen, the new Launcher opens from the lower left side. It’s an interesting choice, considering that this is where the Windows Start Menu has appeared for decades… but Microsoft took a page out of Google’s playbook and moved the default position of the Start Menu to the center of the screen for Windows 11. Google seems to be taking the opposite approach.

Google says moving the Launcher to the left side of the screen means there’s “more space for any windows you have open.”

Anyway, the Launcher still shows a list of all your apps, which can be organized by names, color, or manually arranged. There’s also a Google Search bar at the top, which you can use to conduct a quick search and even view some details without opening a browser window.

The new Launcher can also surface content that’s open in a current browser tab, helping you jump to the proper tab quickly with a quick search rather than by flipping through dozens of open tabs.

The camera app will record a five second video and convert it to an animated GIF that you can save or share.

Google is also updating its voice dictation software for Chrome OS with support for editing text with voice commands. For example you can say “delete” to remove the last letter entered or “move to next character” to adjust the cursor position.

You can enable Dictation mode by pressing the “Everything Button + D” and if you need a list of commands, you can just say “help.”

Folks who run Android apps on Chromebooks should see performance and stability improvements as well as support for apps that only run on newer versions of Android, thanks to an update that changes the way Android works on Chromebooks.

via Google Blog, Chrome OS Developers blog, and About Chromebooks