One of the key differences between Windows 10 S and other versions of Microsoft’s desktop operating system is that Windows 10 S can only run apps downloaded from the Windows Store. Theoretically that allows for better performance, battery efficiency, and security… but it also means that millions of Windows programs that aren’t in the Store won’t run.

While Microsoft has been encouraging developers to convert legacy apps to Universal Windows Platform apps that can be distributed in the Windows Store, there’s one small catch when it comes to web browsers.

And by small, I mean unless something changes you won’t find Firefox, Chrome, Opera, or most other third-party web browsers in the Windows Store anytime soon… which means you won’t be able to run them on Windows 10 S. 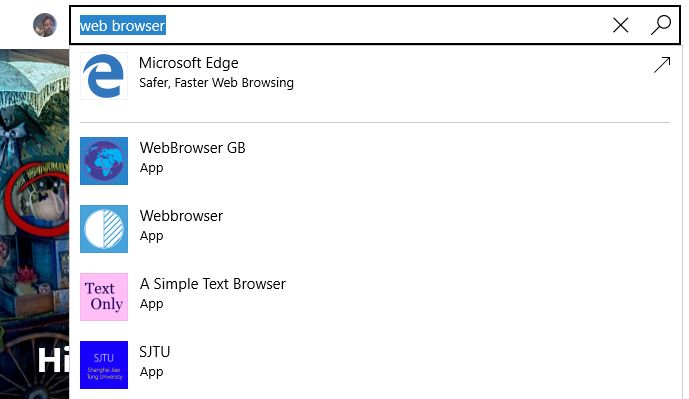 Microsoft has already made it clear that you can’t change the default web browser in Windows 10 S. It will be Microsoft Edge from the time you first start using a computer until the day you decide to pay $50 to upgrade to Windows 10 Pro.

But during the Windows 10 S announcement, officials did make passing mention of your ability to download and install third-party browsers.

What the company didn’t mention was Windows Store Policy 10.2.1, which currently reads:

Apps that browse the web must use the appropriate HTML and JavaScript engines provided by the Windows Platform.

The approach is similar to Apple’s policy for third-party browser for iOS. You can find versions of Chrome and Firefox for iPhone and iPad, but in order to comply with the App Store policies, they have to use the same rendering engine as Apple’s own Safari browser. So essentially all you’re getting is different wrapper for a Safari-like browser, with a few extra tricks like the option to sync your history and bookmarks across platforms.

We could see browser developers take a similar approach with Windows 10 S… but it’s only likely to happen if Microsoft’s newest operating system becomes popular enough that developers feel they have little choice but to comply.

On the other hand, it’s worth considering the target market for Windows 10 S: education. Microsoft is positioning Windows 10 S as an option for cheap and premium computers alike, and plans to offer it to end users through devices like the Surface Laptop. But it was designed first and foremost for the education market, and it’s unclear if educators will be interested in replacing the default web browser on student computers.

For now, the desktop version of Chrome uses the Blink rendering engine. Firefox uses Gecko, although there are plans to transition to a next-gen engine in the future. And recent builds of Opera are based on Google Chromium/Blink, although Opera used to have its own rendering engine called Presto.

Unless Microsoft changes its policies or Google, Mozilla, or Opera decide to create custom versions of their browsers for the Windows Store, it’s unlikely that any of these browsers will run on Windows 10 S.