In other words, you can use Chrome on your phone or tablet for video conferencing or playing web-based musical instruments, among other things. 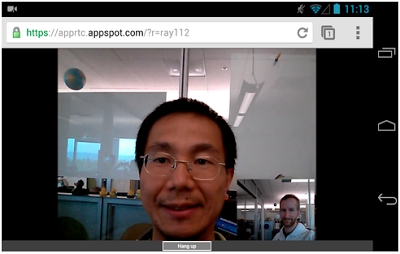 Both features had already been available in Chrome for Windows, Linux, OS X, and Chrome OS. But Google seems to be on track to bring most of the features from its desktop web browser to mobile devices.

I’m still holding out hope that we’ll get support for browser extensions one of these days.

For now, we’ll have to content ourselves with support for a new JavaScript API for web apps that process and synthesize audio and a technology for web apps that support real-time communications such as video chats.

Sure, you could already do those things using mobile apps for Android. But if we’ve learned nothing else from Chrome OS, it’s that Google believes in a future where the web browser may be the only app you need (which works out nicely for Google, since the company makes most of its money by placing ads on websites).