Google is rolling out an updated version of Chrome beta for Android which starts to incorporate Material Design features borrowed from the upcoming Android L release. 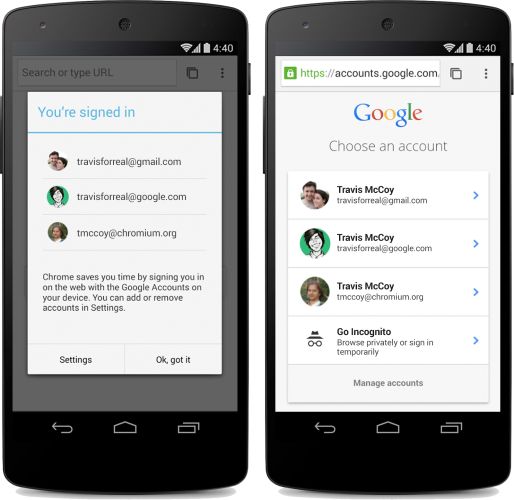 This version of the Chrome browser also supports single sign-in, which means that as long as you’re using Chrome while logged into your Google account, you won’t have to sign into Gmail, Maps, or other Google web apps.

When the next version of Android launches this fall it’ll feature something Google calls Material Design. It’s sort of a modern version of skeumorphism: instead of making apps like digital notepads look like real spiral-bound notebooks, it’s a design language that lets you interact with 2 dimensional elements as if they were 3 dimensional. For instance, switching between apps or windows might look like sliding one piece of paper over another. 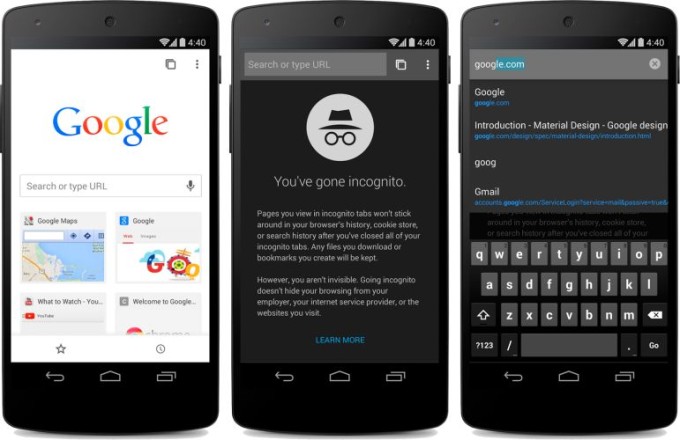 Google’s Material guidelines for developers also puts an emphasis on simple shapes and colors. Chrome beta starts to incorporate some of those design elements… but it’ll likely go through some more changes by the time Android L is ready for release this fall.

2 replies on “Chrome for Android gets single sign-in, Material Design”