Google latest beta version of the Chrome web browser has a few new tricks up its sleeve, including an API that makes it easier to fill out payment details on websites, open links and websites directly into the supported web app, and allow web apps to access approved folders on your device.

When you take all the updates in Chrome 31 beta together, it’s pretty clear that Google is continuing its mission to make the web browser the only app you really need, no matter what operating system you’re using. 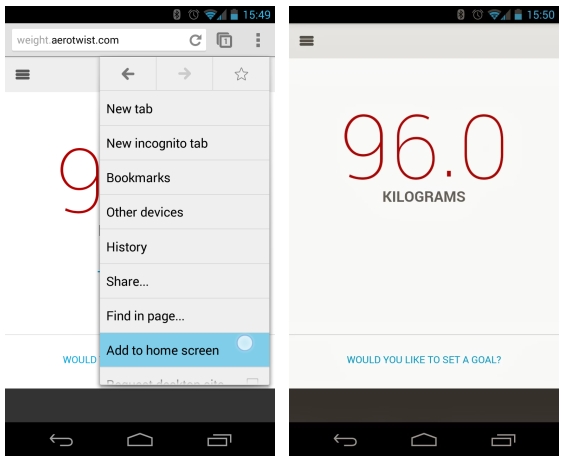 Google is also updating the Android version of Chrome with support for application shortcuts — letting you create app icons on your home screen that will open web apps in Chrome. If they have the mobile-web-app-capable meta tag, those websites won’t just open as a browser window, they’ll open in a special fullscreen window. It’ll still be a web app running in Chrome, but it’ll look a bit more like a native desktop app.

You’ll even be able to view the apps in the Android app switcher.

One of the biggest features in the desktop version of Chrome 31 beta is support for Portable Native Client, or PNaCL in the destkop versions of Chrome. This lets developers compile apps in C/C++ and allow them to run in the Chrome web browser without the user downloading anything.

In other words, you can basically use the same tools to write web apps as you would use to write native apps — which should also make the process of turning native desktop and mobile apps into web apps pretty trivial.

PnACL has actually been included in Chrome since May, but you’ve had to enable experimental support for it up until now.

OK, so the lines between web apps and desktop apps is getting thinner. What else?

Well, Chrome 31 beta also lets web apps access user-approved folders on your desktop, and supports URL handlers for web apps. For instance, if you click a link to Word document on a website, you could have it automatically open in Google Drive or another online office app.

Google pretty clearly envisions a world where desktop apps aren’t necessary at all — and Chrome 31 takes a few steps toward turning that vision into reality.