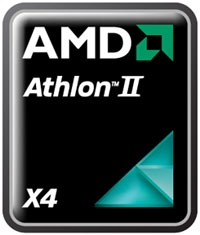 Chip makers ARM and AMD both launched interesting products today. ARM is introducing a new 2GHz chip based on its Cortex A9 dual core architecture.

While 2GHz may be old hat for companies like Intel and AMD, that’s blazing fast for a chip maker best known for producing low power processors for cellphones and mobile devices. And it gives me hope that next-generation ARM-based netbooks or “smartbooks” might actually be able to keep up with (or even surpass) mini-laptops with x86-based chips. Of course, ARM-based notebooks still aren’t going to run Windows XP, Vista, or 7 unless Microsoft has a change of heart, but they can run Linux, Google Android, Windows CE, and potentially Google Chrome.

AMD’s announcement is a bit less relevant for netbook enthusiasts, but I’m mentioning it because it could bode well for the future of mobile chips.

Today AMD launched the Athlon II X4 620 CPU. It’s the first quad-core processor to retail for less than $100. Sure, it’s built for desktops, not laptops. And at $99, it’s still twice as expensive as a current generation Intel Atom chip. But think about that for a second, it’s a quad core processor that costs just over twice as much as a relatively pokey, low power Intel processor. I mean yeah, it also uses about 40 or 50 times as much energy and it’s not going to end up in a netbook anytime soon. But dual and quad core chips are clearly coming down in price and that’s a good thing for anyone looking for more power from a laptop or desktop PC.