Remember when the $35 Raspberry Pi mini-computer seemed crazy cheap? Actually that is still a pretty good price for a computer that’s as versatile as the Pi.

But the developers of the CHIP figure there’s room to go lower: they’re running a Kickstarter campaign to bring this computer to market with prices as low as $9 for a basic unit. 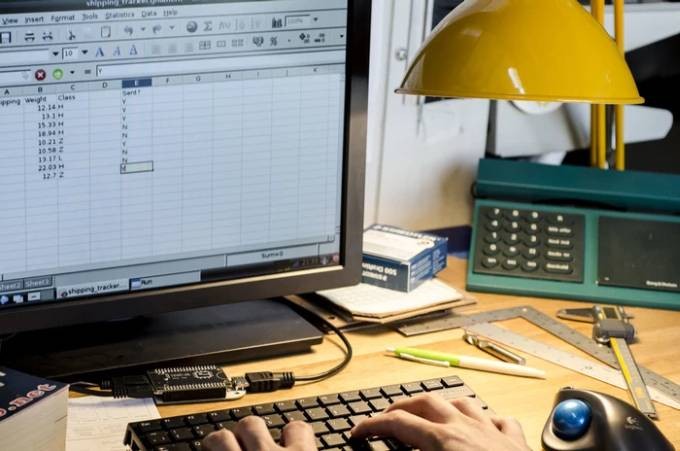 Note that the $9 price doesn’t include shipping and it includes only a barebones system with basic features. You’ll need to spend a little more money if you want fancy things like VGA or HDMI adapters (the board itself only has composite video output).

A pledge of $9 will get you one of those basic units, but you’ll need to add $5 for shipping to a US address or $20 for shipping to just about anywhere else. And there’s a limited number of units available at the $9 pledge level.

OK, so what exactly is a CHIP?

It’s a single-board computer with a 1 GHz Allwinner R8 single-core processor based on ARM Cortex-A8 technology. It has 512MB of RAM, 4GB of storage, 802.11b/g/n WiFi, and Bluetooth 4.0 and composite video output.

The system is designed to run Debian Linux and it can run modern desktop apps including LibreOffice, VLC, or the Firefox or Chrome web browsers. Not only does it run free and open source software, but the developers say the hardware schematics, PCB layout, and other details will all be available for anyone to download or modify.

CPU maker Allwinner has a mixed record with the open source community, but the CHIP team says they’ve worked with Allwinner to make sure there’s documentation to make source code for this particular processor available.

The CHIP can be used as a basic desktop computer, but it’s also aimed at developers and has a series of accessible pins which can be used for hardware or software development purposes. There’s also support for accessories such as VGA or HDMI adapters and the developers are also promising a version of the mini-computer that you can use on the go.

It’s called PocketCHIP and it’s a $49 configuration (not including shipping) that adds a 4.3 inch, 470 x 272 pixel resistive touchscreen display, a 3,000 mAh battery, a QWERTY keyboard, and a plastic case.

Want to get early access to one of these little computers? The CHIP team is offering a kernel hackers special with a promise to ship an alpha version of the hardware in September.

In other words, this $9 computer could easily end up costing a lot more $9. But it’s still a relatively affordable, versatile little computer.