Intel is rolling out a new line of low-power 64-bit Bay Trail processors aimed at inexpensive Android tablets, and it looks like a number of companies are getting ready to deliver new tablets based on the platform. 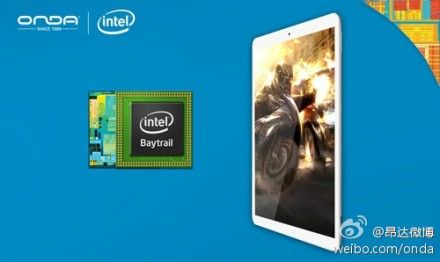 Polish blogger Edward Wienart gathered details about upcoming products from each of the companies.

While only Ramos has explicitly stated it’s using a new Intel Atom Z3735D chip in its latest tablet, Cube, Teclast, and Onda have all announced plans to launch tablets with 64-bit Bay Trail-T processors.

These companies produce inexpensive tablets that are usually sold in China, but which often find their way into other countries through AliExpress and other reseller sites such as PandaWill and Geekbuying. So while bigger name companies might eventually adopt Intel’s new low-power chips, you might not have to wait long to get your hands on a Chinese tablet.

Intel’s Atom Z3735 chip family is aimed at 8 inch Android tablets with prices as low as $100, although models with integrated 3G and 4G capabilities are likely to sell for closer to $150 or more.

The company is also introducing a new Atom Z3775 chip aimed at Windows and Android tablets in the $200 and up price range.