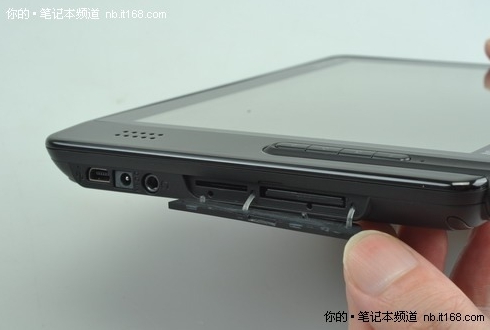 China Telecom is reportedly preparing to offer a new Android tablet called the Lifepad A800. It was first previewed earlier this year. the tablet has a 7 inch, 800 x 600 pixel resistive touchscreen display, a Freescale i.MX515 processor, and runs Google Android 2.1.

As you’d expect from any tablet coming from a wireless provider, the Lifepad A800 will support both WiFi and 3G connections. it can also handle 720p HD video playback and has Bluetooth, GPS, and a USB port. The tablet reportedly weighs about 1.1 pounds and may have 512MB of RAM and 1GB of storage space.

The computer has a SIM Card slot, SD card slot, and a stylus which you can tuck away in the back of the tablet. There are also a good number buttons along the sides of the device for accessing Android functions, powering the tablet on and off, and adjusting the volume.

Final pricing hasn’t been set, but IT168 reports that it could run about $180 with a service contract or close to $700 without a contract. You can also find more at IT168.

3 replies on “China Telecom to offer Lifepad A800 Android tablet”