Looking for a cheap, quiet, low-power computer and don’t mind buying from a company you’ve probably never heard of before?

A computer called the Chatreey AC1-Z probably hits the bill on all fronts.

According to a listing at AliExpress, the AC1-Z is a compact computer with a choice of Intel Apollo Lake or Gemini Lake processors, 4GB of RAM, up to 64GB of eMMC storage, and a 2.5 inch drive bay for a SATA hard drive or SSD.

The little computer also has a design that seems to be heavily inspired by the Zotac ZBOX C-series line of fanless PCs. 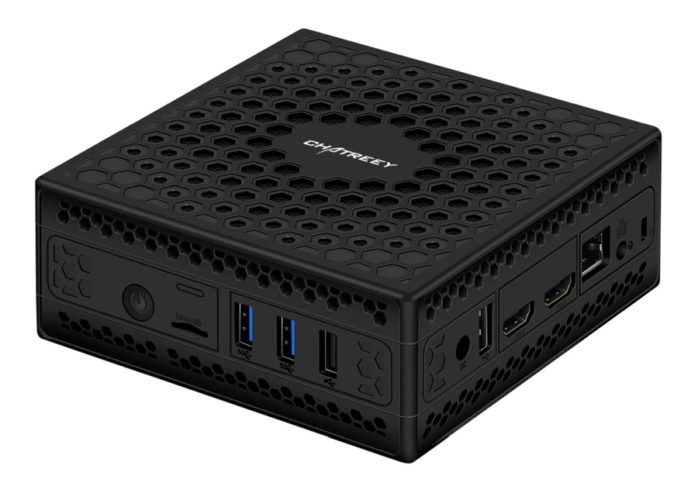 Prices for the AC1-Z currently start at $153 for a model with an Intel Celeron J3455 Apollo Lake processor, 4GB of RAM, and 32GB of eMMC storage, but a version with a newer Celeron J4105 Gemini Lake chip is just $5 more, so I’m not sure why anyone would opt for the slightly cheaper model.

The AliExpress listing says the computer is compatible with Linux and Windows 10 and that it ships with Windows pre-installed, but at those prices I wouldn’t be surprised if it comes with an unlicensed version of Windows.

I also can’t say anything at all about the Chatreey AC1-Z in terms of performance. But hey, at least it’s cheap.