Android TV is basically Android… with a user interface optimized for TVs. It’s designed to run TV-friendly apps such as YouTube, Google Play Movies, Netflix, and Hulu Plus and when you visit the Play Store you’ll only see apps that have been optimized for Android TV.

But under the hood the operating system is much the same as the software that runs on phones and tablets, and you can sideload apps that may not be TV-friendly. You just won’t see them in the default app launcher. 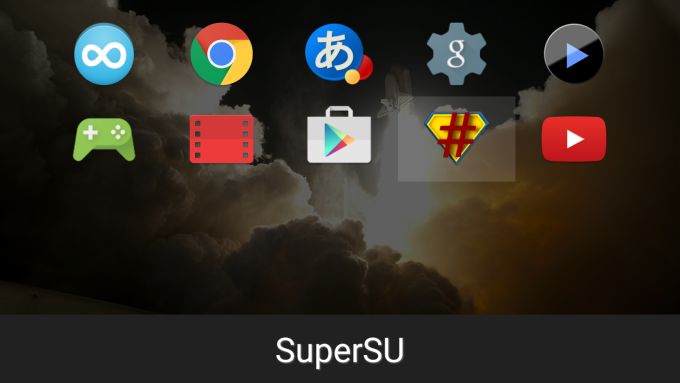 This is basically an app launcher that shows any apps installed on your Android TV device, not just those that are optimized for the primary launcher, which Google calls the Leanback Launcher.

Chainfire says the app is useless unless you have an Android TV device such as the ADT-1 developer box or the upcoming Nexus Player. And to be honest, even if you do have one of those devices, the app might not be all that useful.

Essentially this is an app that makes it easy to run apps that are not optimized for your TV screen on a box that’s plugged into your TV screen.

While it could come in handy if you want to run apps that are available for Android phones, but which don’t yet have a leanback view, it might be tough to actually use apps designed for touchscreen phones and tablets with a remote control, gamepad, or other input device.

Android that Chinese device makers have been slapping the stock version of Android on TV boxes over the past few years. Some apps work better than others on these boxes, and one of the things that will help set the new Android TV software apart is the fact that it will run apps that are actually designed for TVs rather than phones. But it’s nice to know you can run apps which aren’t… if you really want to.