Celluon’s new lightweight portable projector, the PicoPro, is a pocket-sized, high-resolution projector that was first unveiled at CES 2015. It should be available soon for $350 and up.

The device projects HD images in 1920 x 720p using red, yellow, and blue lasers as opposed to traditional LED lighting. The company claims it supports an 80,000:1 contrast ratio with a battery life of between two and three hours, depending on the type of use. 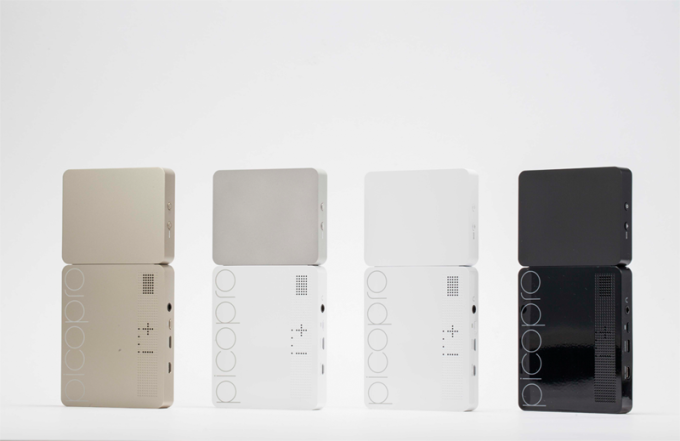 It can also be connected to any device with HDMI support, including PCs and game consoles, using the included connector cable. Apple iOS device users must purchase a separate Lightning Digital AV Adapter ($44).

Pico projectors don’t always live up to their promise. Their miniature size means they don’t have the power or technology to equal a traditional projector.

However, the PicoPro received a fairly good review from CultofMac for providing a clear picture at more than 100 inches. Reviewer Leander Kahney notes that the sound quality is subpar, but overall the device meets the needs of a portable projector pretty well. 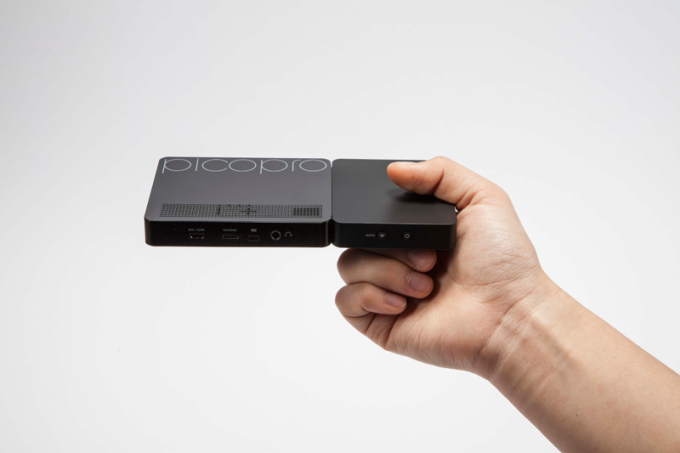 Celluon also offers a 720p, wireless-only model called the PicoAir which is already available from the Celluon shop and the Samsung Galaxy Extras store.

There are also plenty of other pint-sized projectors on the market. Mego Optoelectronics’ Android-based pico projector has been seen in the wild and costs about the same (slightly less, actually).

Or, if you are pinching your pennies, you could make your own mini projector with a DIY cardboard Smartphone Projector kit for about $20.