That means you can fire up the CBS app on your phone or tablet, tap a button, and send recent episodes of CBS shows including Big Bang Theory, NCIS, and Elementary to your TV free of charge.

Fox and HGTV have also updated their mobile apps to support Chromecast — but you’ll need to login with your TV provider credentials to use those apps. 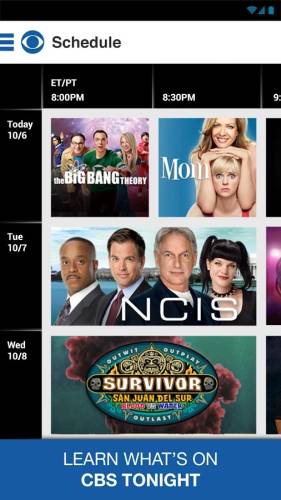 If you’re paying $6 per month for the CBS All Access service that launched last year, you can also stream older episodes and live video in select markets.

CBS All Access is also available for Roku streaming devices and the company plans to bring the service to additional platforms in the coming months. But Google’s Chromecast continues to be one of the cheapest options for streaming online video to a TV: it has a list price of $35, but it’s often available for less. Right now Amazon is selling the Chromecast for just $29.

CBS, Fox, and HGTV are just the latest to add support for Chromecast. It joins Netflix, HBO Go, Showtime Anytime, Watch ABC, WatchESPN, and many others.