A few years after launching the first smartphone with a built-in thermal camera that could measure temperatures, Cat Phones is back with a new model sporting a better thermal camera, updated specs, and a bunch of new features.

In addition to a FLIP thermal camera, the Cat S61 has a laser-assistant distance measuring system and a Volatile Organic Compound (VOC) sensor to alert you if air pollutants make it unsafe to be in an area.

In case it wasn’t clear, the Cat S61 isn’t a phone designed to compete with the latest Samsung or Apple handset. It’s a rugged phone with special features that make it appropriate for use by folks working in construction and other industries where temperature, air quality, and distance measurements come into play.

That helps explain the phone’s high price tag: it’s expected to sell for £799 in the UK or €899 in Europe. The Cat Phones website says it’s priced at $499 in the US… but I suspect that’s a typo. 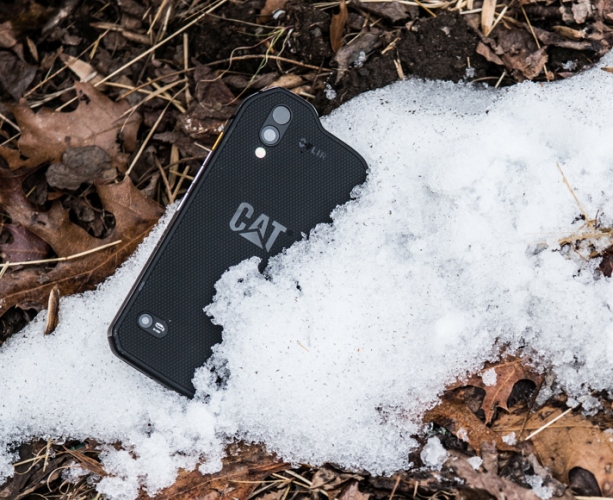 The thermal photo resolution has also been upgraded from “VGA” to “HD” quality, and there’s now an app that lets you live stream thermal videos so that someone can remotely monitor your feed.

The phone’s new laser measurement system can offer point-to-point distance measurements up to 10 meters 33 feet), calculate area, and save that data with an image so you can get measurement data for a room even after you’ve left. 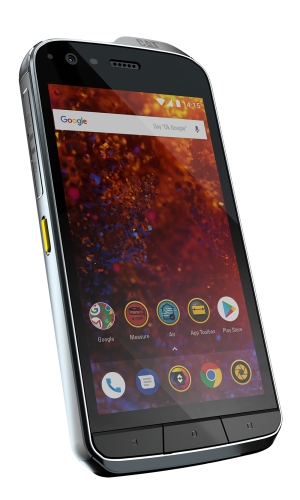 Since the phone has a VOC sensor, it can monitor indoor air quality and provide alerts as needed to let you know if it’s time to take a break or open a window. It also supports temperature and humidity measurements.

As a phone designed for use in rough environments, the Cat S61 is designed to take a beating. It’s MIL Spec 810G tested and can survive a 1.8 meter (6 foot) drop onto concrete. It’s also waterproof at depths up to 3 meters (10 feet) for up to an hour.

The Cat S61 looks kind of thick by modern smartphone standards, but that’s not surprising for a rugged phone with physical buttons and specialized hardware including the FLIR camera, VOC sensor, and laser measurement system. 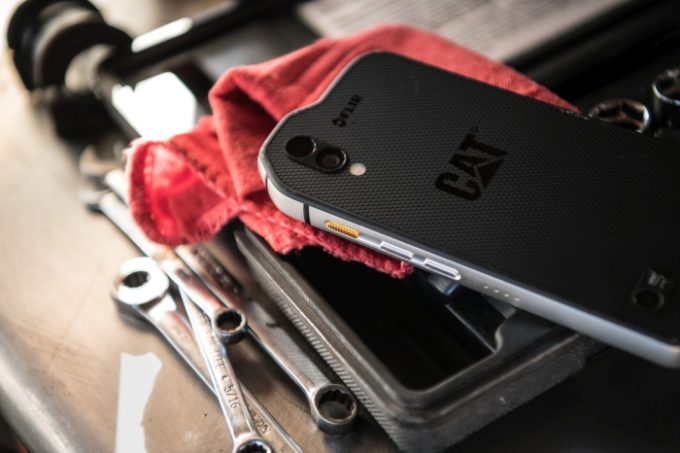 The Cat S61 will ship with Android Oreo software, although the company says an Android P updated will be offered eventually.

CAT Phones, which is a division of Caterpillar (the company best known for making trucks, tractors, and other construction equipment), doesn’t actually manufacture the phone. It’s built by Bullitt Group, the same company that partnered with Caterpillar to release the Cat S60 two years ago.