Sure, Asus, Intel, and AMD are all working laptops and tablets that can run Android and Windows software simultaneously, but does that mean there’s no room for a traditional dual boot system that can run them one at a time?

Indian company Micromax hopes there’s a market for a dual boot tablet, because the company’s coming out with one called the LapTab this year. It’s actually a pretty nice looking 10 inch tablet with an Intel Celeron N2805 processor Bay Trail processor and an attractive (and functional) keyboard cover. 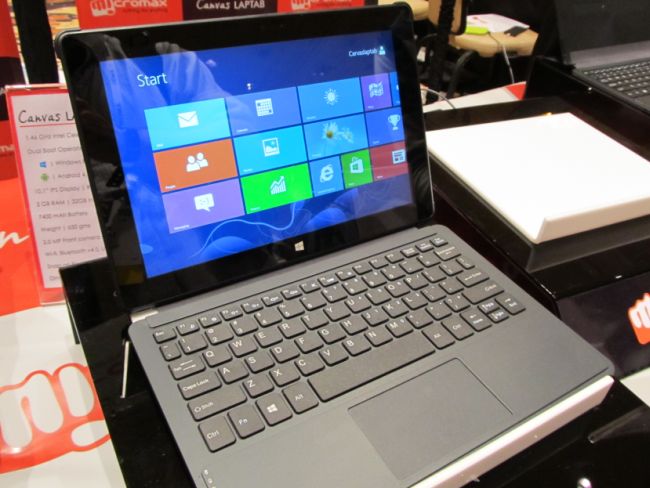 As for software, the machine works as a fully functional Windows 8 tablet or an Android 4.2 Jelly Bean tablet. You can choose which operating system to boot my tapping the Windows or Android icon on the screen when you turn on the device.

In theory this gives you the best of both worlds, letting you run full desktop Windows apps as well as any of the million or more touch-friendly apps available for Android. Your favorite apps or games aren’t available for Windows? No problem, just reboot into Android.

Unfortunately in practice, this feels a bit clunky because any time you want to switch operating systems you have to wait for the system to power down and restart and every time you reboot all of your running apps will close, so you can’t just flip over to Android for a quick round of racing in Asphalt and then flip back to your Microsoft Office document unless you’ve a nice chunk of free time on your hands.

Micromax is based in India and plans to launch the tablet in its home country first, followed by Russia. It could launch in the United States this summer for around $500, give or take.