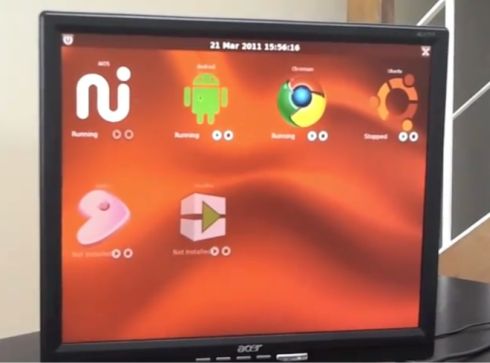 Always Innovating, the company that brought us a tablet/netbook hybrid that you could stick to a refrigerator is back. But this time instead of focusing on its own hardware, this time the company is showcasing software it’s developed which can run on the $149 BeagleBoard compact computing platform.

The entire disk image comes in at just 2.04GB, which isn’t bad for 4 complete operating systems.

I’m honestly not sure why you’d want to switch between these four operating systems, but I suppose it’s nice to know that you can. You can check out a demo video after the break.