The developers of Ubuntu release new builds of one of the most popular GNU/Linux distributions every six months. And right on schedule the folks at Canonical have released Ubuntu 14.10 Utopic Unicorn.

You can find download links and installation or upgrade instructions at the Ubuntu Wiki. 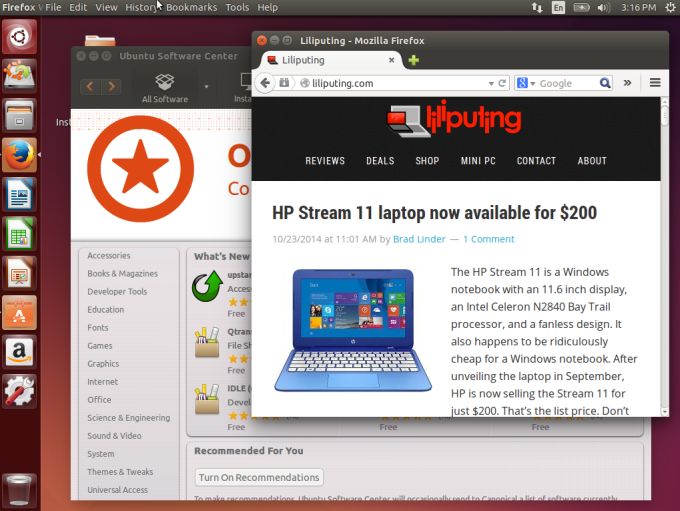 Among other things, Ubuntu 14.10 includes a newer version of the Linux kernel, improved support for high-resolution displays, and newer versions of Firefox, LibreOffice, and other popular software.

The main branch of Ubuntu 14.10 looks a lot like version 14.04, since there aren’t any major changes to the Unity desktop environment. But if you’re running Ubuntu on a computer with a high-DPI display, things should look a lot better now.

You can also try a preview version of the next version of Unity by installing Ubuntu Desktop Next or if you’re not a fan of Unity you can try one of the other officials flavors of Ubuntu with an alternate desktop including Kubuntu, Lubuntu, Xubuntu, or Ubuntu GNOME.

Note that Ubuntu 14.10 isn’t a long-term-support release, which means it’ll only be officially supported for 9 months. But Ubuntu 15.04 will be along before support for this version ends.