Canonical’s effort to raise money for an Ubuntu Edge smartphone kicked off to a great start last month, raising 10 percent of the $32 million goal in the first day. But two weeks later, and half-way through the crowd-funding campaign, the project has still raised less than $9 million from folks interested in the idea of a phone that dual-boots Android and Ubuntu and which functions as a mobile phone and a desktop computer.

Part of the problem might be the high asking price: In order to get your hands on an Ubuntu Edge phone you need to pledge $830. That’s a lot of money to spend on a phone that won’t exist until 2014 — if it ever gets built at all.

So Canonical is hoping to jump-start the campaign by lowering the price to $695 through the end of the campaign on August 21st. 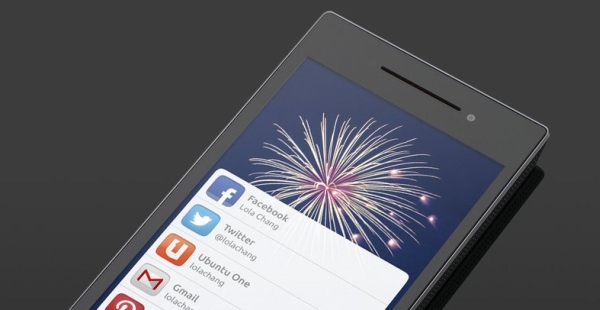 This isn’t the first opportunity to reserve an Edge for less than $830. On day one Canonical offered early-bird prices. Later in the campaign, the company offered a limited number of devices for lower prices as well.

But for now through the end of the campaign, $695 is the full price for the phone.

While Canonical hasn’t chosen a processor for the phone yet, the Ubuntu Edge is expected to feature 4GB of RAM, 128GB of solid state storage, and a 4.5 inch, 1280 x 720 pixel display. It’ll work as a smartphone running Ubuntu Phone OS or Android (which means that you have access to around a billion apps while waiting for developers to start porting their software to Ubuntu). Or you can connect it to a docking station to hook up a keyboard, mouse and monitor to run full-fledged Ubuntu desktop software.

Building a phone like that isn’t cheap — and if you buy a phone that doesn’t come with a subsidy from your wireless carrier, it’s not unusual to pay $600 or more for a phone with a much smaller amount of RAM and storage. But Canonical says that the publicity its campaign has already generated has enabled it to negotiate better deals on hardware, which means it can sell a phone for $695 without losing money.

Canonical says if the campaign reaches its $32 million goal, anyone who pledged more than $695 for a phone will be refunded the difference.

Of course, it’s important to keep something in mind when backing a crowd-funded project: Even if Canonical meets its $32 million goal, it doesn’t mean the Ubuntu Edge will be go into production or meet your expectations even if it does.

But effectively when you’re giving money to this sort of campaign, you’re not pre-ordering a device. You’re making a donation in hopes of one day receiving a product.

So if you want to support the project and help bring this type of phone into existence, but don’t want to spend money on device that you may never receive, you might want to consider making a $20 or $50 pledge to get your name on the Founders page or pick up a T-shirt.