After years of declining PC shipments, things were starting to look up, with analysis’s spotting an uptick at the end of 2019. And then came the COVID-19 pandemic.

Research firm Canalys says demand was up in the first quarter of 2020. But there were production and shipping delays related to the international efforts to curb the spread of the coronavirus — and that led to an 8-percent decline in PC shipments when compared to the same period a year earlier.

Update: Gartner measured a 12.3 percent decline, but company measures PCs a little differently (Windows tablets are included, but not Chromebooks or iPads). 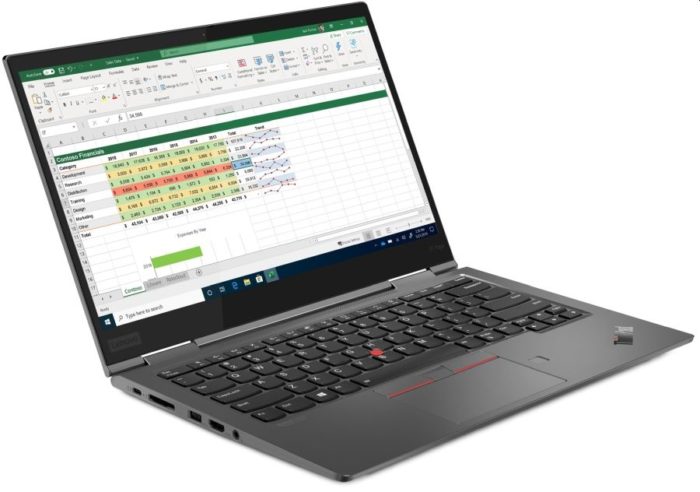 China had ordered factories to stay closed for weeks after the usual Lunar New Year holiday, which caused supply chain issues at the exact time when demand for home computers was on the rise — because a growing number of people around the world are now working and/or learning from home.

As we’ve already pointed out, the shift in computer usage has also lead to a webcam shortage. But Canalys also found that there’s increased demand for other computer peripherals including monitors, printers, and headphones.

Manufacturing is starting to ramp up in China, which could help PC makers meet the demand… but it’s also unclear how long that demand will last. The global economy has been on a bit of a roller coaster ride over the last month or two, and businesses may decide to cut back on technology spending in the short term. And in the long term as people begin to return to workplaces and schools, demand for home computers may slip. 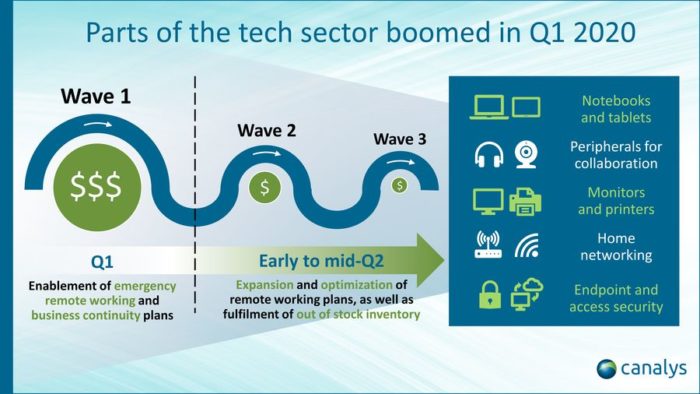 So… I guess I’m kind of glad right now that my day job involves reporting on what research analysts are predicting for desktop and laptop shipments rather than trying to make my own guesses.

Anyway, in terms of numbers, Canalys says worldwide PC shipments during the first quarter of 2020 came to about 54 million, with Lenovo, HP, Dell, Apple, and Acer taking first through fifth place, respectively. 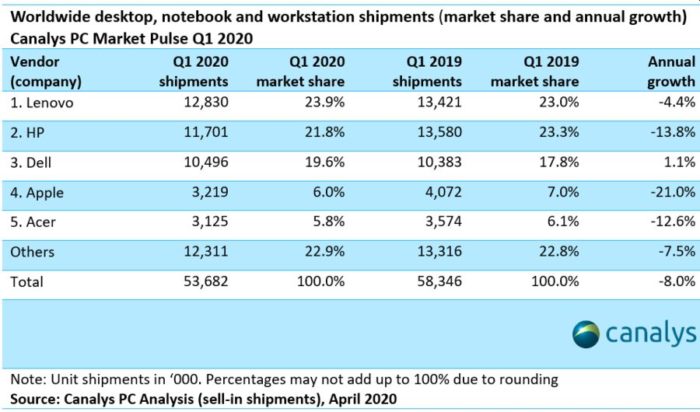 One thing to keep in mind about those figures — Canalys is only looking at desktop and clamshell-style laptop computers (including Chromebooks). Tablets and detachable 2-in-1 computers are not included.