Amazon pretty much invented the smart speaker category when the company introduced the Amazon Echo in 2014. And Amazon has pretty much dominated the space ever since… until this year.

According to research from Canalysis, Google took the top spot in smart speaker sales for the first time in the first quarter of 2018. Amazon came in a close second.

Chinese companies Alibaba and Xiaomi took third and fourth place, respectively. Apple’s $349 HomePod didn’t even make the list, instead getting grouped in with all “others.” Maybe the rumored $199 Apple smart speaker will help Apple move up in the charts… if it actually exists. 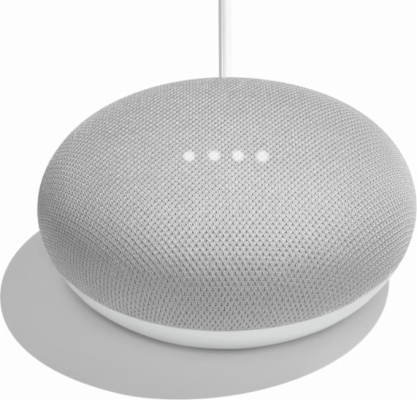 The smart speaker market is still growing fast. Canalys estimates that global shipments were up 210-percent year-over-year, with around 2.9 million units shipping globally in Q1, 2017 and about 9 million shipping during the same period a year later.

Q1 is also an interesting period to look at, because by all accounts Google and Amazon both sold way more smart speakers in Q4, 2017. That’s not surprising, since both companies offered deep discounts on their entry-level speakers ahead of the holiday season.

So there’s a chance that a year from now we could see numbers that look totally different if overall sales continue to trend upward and/or we see more competitive pricing.

Then again, we could also see sales of this sort of device take a nose-dive if Amazon, Google, and others can’t do more to guarantee that placing always-listening microphones in your house isn’t just asking for an invasion of privacy.