Don’t listen to podcasts, uses Apple Maps, or like the default weather app on your iPhone or iPad? Now you can uninstall remove them from your home screen… and when I say “now,” I mean if you’re using the iOS 10 developer preview.

Everyone else with a supported device will have to wait for iOS 10 to roll out later this year.

Still, while Apple didn’t highlight the feature during its WWDC keynote this week, the ability to remove stock apps is kind of a big deal, and something it’d be nice to see more phone companies copy.

Update: It turns out that “removing” an app doesn’t mean deleting it from your device. Instead, the user data is removed, and the app won’t display on your home screen, which saves some space, but not as much as actually deleting the app. 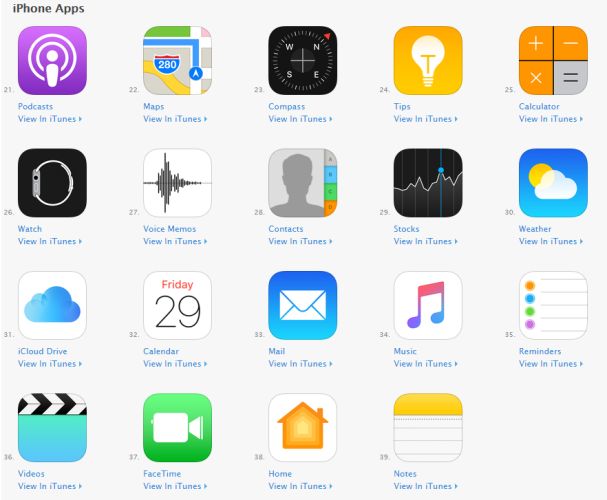 There are still a few core apps like Camera, Messages, Safari, and Photos that can’t be deletedremoved. But when you tap and hold the icon for many other stock iOS apps including Calculator, Calendar, Mail, Reminders, and Stocks, you’ll see a little X icon that lets you uninstall those apps.

Removed apps can always be re-downloaded from the App Store, but the ability to remove them lets you free up space on your mobile device by getting rid of apps you rarely use.

Apple says the default apps are “very space efficient,” though… so even if you remove every app you can, you’ll only get about 150MB of additional space on your device.

Apple also notes that there may be some unintended consequences to removing some apps. For example, removing an app from an iPhone will also remove it from a paired Apple Watch. And if you thought you could remove Weather app and just view weather details in the Notification Center,  you won’t — because Notification Center gets its weather info from the Weather app.

By unbundling these apps from the operating system, it’s possible that Apple could push updates to the apps more quickly since updates can be pushed through the App Store and don’t require an OS update. Google has been doing something similar with some of its core Android apps for the past few years… but most phones that ship with Google apps and services don’t allow you to uninstall Maps, Gmail, or some other key apps.