Mozilla’s Firefox OS is an operating system designed to run on low-cost smartphones and tablets while running apps developed using web technologies such as HTML5.

Want to try some of those apps without buying a Firefox OS phone? No problem. They’re web apps, so they’ll run in the Firefox web browser on other platforms… like Android. 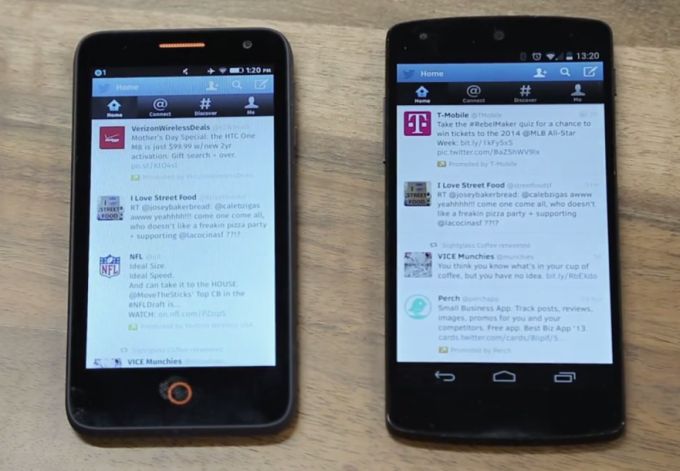 Starting with Firefox for Android version 2.9, Open Web Apps designed for Firefox OS will not only run on Android, but they’ll offer a “native experience,” which means you install them from the Firefox Marketplace, but you can run them just like native Android apps.

They’ll show up in the app drawer. You can place shortcuts on the home screen. And when you use one of the apps, it’ll show up in your recent apps menu. The only thing keeping these apps from being 100 percent native is that if you uninstall the Firefox browser the apps will stop working (although their shortcuts won’t go away unless you uninstall them).

Technically you’ve been able to install web apps this way since Firefox 29 beta was released in March. But now Mozilla is encouraging developers to create Open Web Apps by pointing out that not only will they run on Firefox OS, but they’ll automatically be packaged as APK files and installable on Android whenever a users wants to install the web app on an Android phone or tablet.

Theoretically you could also run the same apps in a web browser, which means they could also run on other platforms, helping developers create an app once and let it run on multiple devices.

One reply on “You can run Firefox OS apps on Android”