Most of Samsung’s smartphones may run Google’s Android operating system, but Samsung has a long history of skinning Android with a custom user interface and loading up a bunch of custom apps. One of those apps is a web browser called Samsung Internet, and while it comes pre-installed on many phones, you can also download updates automatically from the Google Play Store.

Recently Samsung also launched a new version of the browser called Samsung Internet Beta. One of the key differences? You can install the beta version on Google Nexus phones running Android 5.0 or later. 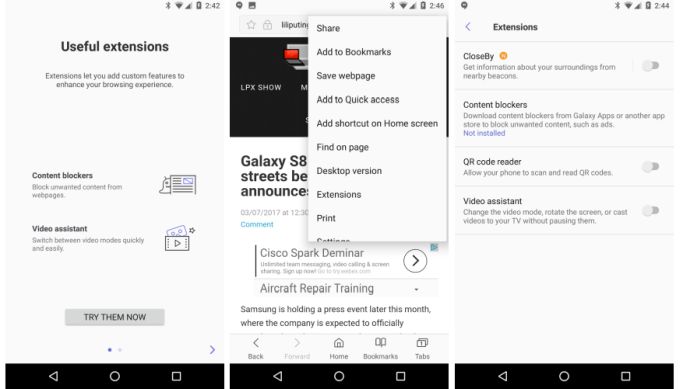 But Samsung Internet Beta does have a few nice features, including a clean user interface that gets out of the way when you’re surfing the web, support for browser extensions including content blockers (ad blockers), and support for most content that’s visible in Chrome, since Samsung’s browser is based on open source Chromium project code.