The Raspberry Pi is a small, low power, $35 computer that can run a range of Linux-based operating systems. You can use it as a desktop computer or attach a Gertboard to hook up motors or sensors and use the Raspberry Pi as a hardware controller.

Or you can think outside the box — like photographer David Hunt, who’s in the process of turning a Raspberry Pi into an embedded computer for his Canon 5D Mark II DLSR camera. 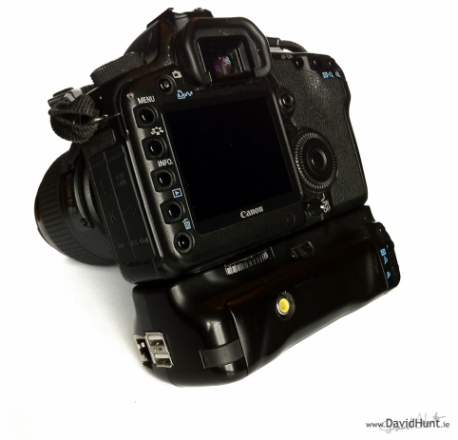 The single-board computer is so small that Hunt was able to cram it into a modified battery grip case. The Raspberry Pi itself runs off a spare camera battery.

He’s already come up with a system that lets him snap a photo on the camera, back it up a second later on the Raspberry Pi, and then shoot the photo over to his iPad.

Other applications could involve attaching an LCD for status messages, programming the camera to take photos at regular intervals, or converting images to compressed files for quicker previews.