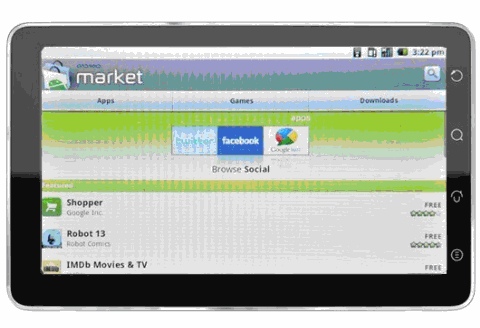 Camangi’s first go at an Android tablet was less than spectacular — then again, the same can be said of quite a few of the Android tablets currently available for purchase. We seem to be heading into a period of re-birth for Android tablets, however, and OEMs seem determined to get things right this time around.

And that includes Camangi. The company has announced two new Android tablets, both running Android 2.2 Froyo.

First up is the FM600, which (you guessed it) sports a 600MHz Qualcomm processor. Not exactly blazing fast by today’s standards, but it should still perform reasonably well and allow Camangi to keep the sticker price on the FM600 fairly low. Better yet, the new model sports a capacitive touchscreen and a 7″, 800×480 pixel display. It will also include 512MB RAM and ROM, 802.11b/g wireless, bluetooth, 3 megapixel rear-facing and VGA front-facing cameras, and a 3240mAh battery.

Next is the Camangi II. Details aren’t as plentiful on this model yet, but Carrypad reports that it will feature a 1GHz Samsung CPU… Now that’s more like it, Camangi!