Calibre is the Swiss Army Knife of eBook management apps. The free and open source application, which is available for Windows, Mac, and Linux, makes it easy to store, sort and search your collection of eBooks, read them on a PC, send them to your eReader, download content from the web, and much, much more.

Version 6.0 of Calibre is now available, and it adds a couple of new features that make the utility even more useful. 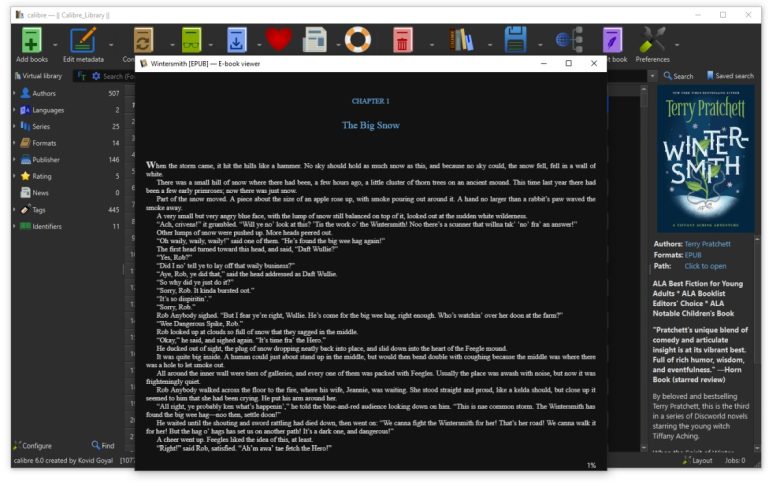 One of those new features is support for Full Text Search, which is an optional feature that allows you to index the full text of books in your library, allowing you to search for words. Once your books are indexed, searching for a word or phrase can bring up results from all the books in your library.

Another new feature is a Read aloud button in the eBook viewer. Just open a book, hit the button, and Calibre will use the default text-to-speech engine for your operating system to read text aloud, starting on the current page. There are also turtle and hair icons you can use to speed up or slow down the speed, and a settings button that allows you to change voices or other options.

There’s also support for a new calibre:// URL scheme that allows you to click a URL to perform certain actions such as opening books or libraries, searching for books, or even opening a book at a specific position.

Calibre is dropping support for 32-bit processors with the latest build though, because it’s built using the Qt 6 framework, which has already stopped supporting 32-bit chips. So if you’re running Calibre on a very old computer without 64-bit support, you might want to stick with an older version of the software.

The move to Qt 6 also means that some third-party Calibre plugins may also fail to work if they haven’t been updated, but the developer says “most” plugins have already made the transition.

via TuxMachines and 9to5Linux