Just about a week-and-a-half ago, Cablevision announced it was working on a mobile phone network that would allow users to talk, text, and use unlimited data for $10 per month for current subscribers or $30 per month for non-Cablevision customers.

CNET reports that Freewheel is now online and the connected Motorola Moto G is available to purchase. 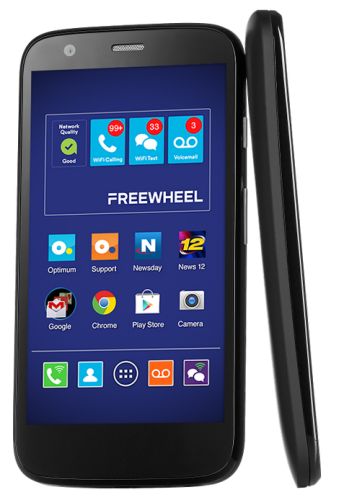 The Wi-Fi only smartphone concept may seem cumbersome. However, it seems like a great solution for customers that just can’t (or don’t want to) pay the high cost that traditional ISPs charge.

The company boasts more than one million Optimum Wi-Fi hotspots in the New York tri-state at places like Safeway, Macy’s Starbucks, Staples, Burger King, Apple stores, and more. The Freewheel phone will automatically connect to any Optimum hotspots.

Outside of New York, you are probably more reliant on whatever Wi-Fi is available around you. However, the benefit of Freewheel is that, by automatically connecting to any Optimum Wi-Fi, it makes it much easier for users to find and stay on a usable network.

According to Pew Research Center’s 2014 Smartphone Ownership Survey, about 58 percent of adults own a smartphone. It isn’t likely that this portion of the population will revert to a Wi-Fi only device.

However, that leaves 42 percent of the adult population available for a possible “upgrade” to a smartphone without having to pay the high price. There is a market for it, even if it is small.

Of course, there are other companies already promoting the Wi-Fi only phone service. FreedomPop offers a plan for $5 per month and Republic Wireless has a plan that will connect to Sprint if you are not in Wi-Fi range.