There’s no shortage of boxes that you can plug into your TV to stream online video.

But right now there’s no single box to rule them all: there’s no Amazon Video app for Apple TV. A Roku can’t play iTunes videos. And don’t even get me started on Google Play Video’s limitations.

Caavo has a solution. The company’s upcoming box is a single device that lets you plug in all of your devices and then interact with a single user interface. It’s a surprisingly sophisticated solution that uses some pretty cool technology.

But it’s also an expensive workaround to a problem that doesn’t really need to exist. 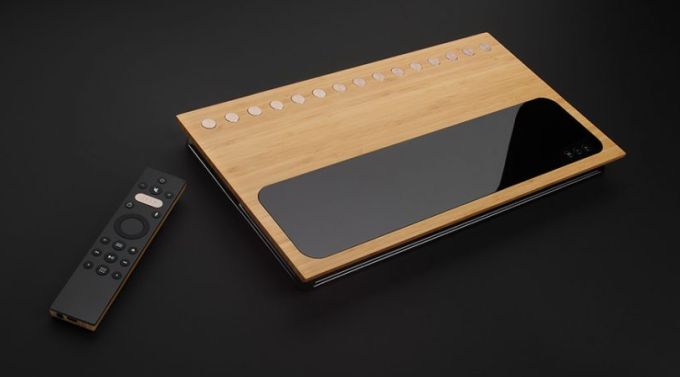 The Caavo box is expected to sell for $399 and it doesn’t actually replace any existing media streamer you have.

Instead, it’s a box with eight HDMI inputs that allows you to plug in your cable or satellite box and any other media devices you have including a Roku, Apple TV, and Amazon Fire TV.

Then when you want to watch a video, Caavo figures out which source to use, pulls up the appropriate app, and plays the video for you. You can use the Caavo remote for everything instead of the hodgepodge of remote controls you’ve got for all your different devices. It supports universal search, universal watch lists, and voice controls for turning your TV on or off or playing videos.

The Verge reports that the reason Caavo can do things no other streaming box does is because of its artificial intelligence software that basically allows the box to interact with TV streamers as if Caavo were an actual person scrolling through the user interface.

There’s no Apple TV API for the things Caavo wants to do… so the developers of the box came up with a way to let Caavo examine what’s on your TV screen when using an Apple TV, scroll through the user interface until the Caavo app is found, launch it, and then accept the commands sent to that app telling it to play videos on your Apple TV.

But you know what would be even better? If Amazon, Apple, Google, HBO, Hulu, Netflix, and other big players in the media space would just agree to some standards so that every internet video streaming app was available for every media streaming device.

Then you wouldn’t need to spend $399 on a device that saves you the trouble of switching TV inputs and toggling between your Chromecast, Fire TV Stick, and Apple TV.

That probably won’t happen anytime soon, which is why Caavo is such an interesting product. But I can’t help but wonder if anyone really wants to spend $399 on a device that brings a unified user experience to their TVs… when you can pick up a pretty good TV itself for less than that.