Chinese PC makers have been putting out PC-on-a-stick computers with Intel Apollo Lake processors since earlier this year, but the CA98 is the most affordable model I’ve seen with an Apollo Lake chip.

It’s available from AliExpress for $100, and while the CA98 isn’t exactly a high-performance PC, it looks like an interesting option if you just want the option to run a web browser, Kodi media center, or a few other Windows or Linux apps on your TV. 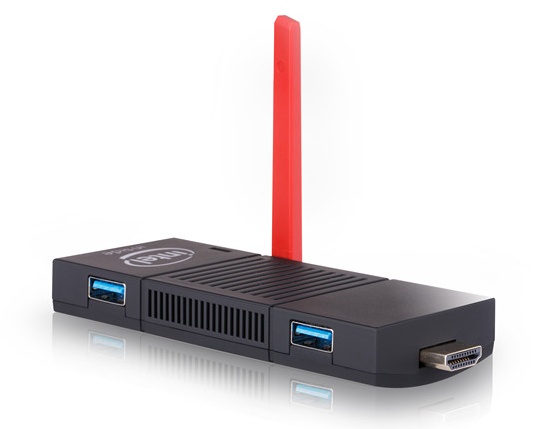 The little computer has a connector that lets you plug it directly into the HDMI port of your TV. There are also two full-sized USB 3.0 ports, a 3.5mm headphone jack, a microSD card slot, a power jack, power button, and adjustable WiFi antenna.

Under the hood the CA98 features an Intel Celeron N3350 Apollo Lake processor with Intel HD graphics, 2GB of RAM, and 32Gb of storage.

According to the AliExpress listing, the system is compatible with Windows 10 Home 64-bit or Linux, although it’s not entirely clear which it ships with (so you may need to pay extra if you want a fully functional Windows license).

The computer supports 802.11ac WiFi and Bluetooth 4.2 and if you pay a little extra you can get a model that comes with a remote control or handheld keyboard.