Nintendo has been cashing in on nostalgia recently, with last year’s NES Classic Edition mini game console and this year’s SNES Classic (which launches today). Next year you’ll be able to buy an Ataribox system with a Linux-based operating system and a bunch of classic Atari games.

If Commodore 64 gaming is more your style, you may get that option as well.

The C64 Mini is an upcoming device that looks like a classic Commodore 64 computer, but it’s half the size and comes with 64 licensed games pre-loaded. It’s expected to launch in early 2018 for $70. 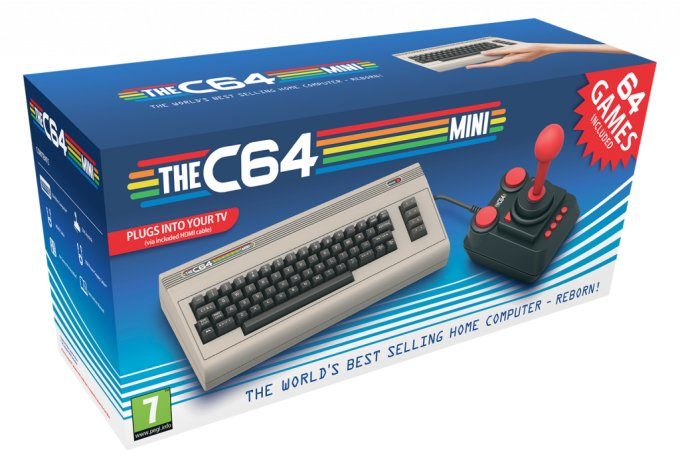 The C64 Mini has an HDMI port for plugging into modern TVs and two USB ports. The included joystick plugs into one of those ports. You can use the other to plug in any standard USB keyboard (the one on the C64 Mini seems to be just for show).

You can find a list of pre-installed games in the C64 Mini announcement.

The system comes from a company called Retro Games Ltd and distributor Koch Media. Retro Games actually launched a crowdfunding campaign for two related products last year: a larger console called The64 and a handheld version. But the company failed to meet its crowdfunding goals and sought outside funding to bring the product straight to retail.

Since there seems to be more demand for “mini” consoles at the moment, Retro Games plans to deliver the micro version of the C64 first before continuing development of the larger model and the handheld version.

Now Retro Games says backers of the original campaign that had made pledges for the full-sized console or the handheld version will instead get a C64 Mini first and a full-sized version when it becomes available.

The company isn’t giving up development of the handheld model, but it’s been pushed back. Retro Games isn’t quite saying it’ll issue refunds to folks who were only really interested in a portable option, but the company does say “if you are unhappy for any reason please speak to us.”