Samsung sells a virtual reality headset that’s powered by your smartphone for about $200. LG plans to give one away for free.

VR for G3 is a new plastic contraption that you can strap to your head to put your LG G3 smartphone directly in front of your eyeballs. It’ll be available to folks who buy a new LG G3 in select markets later this month. 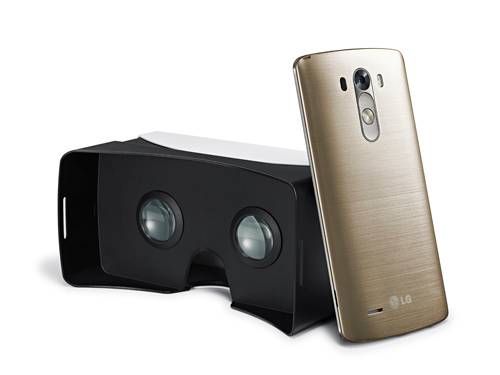 The headset is pretty simple, but it blocks out light from anything other than your phone, gives you lenses to look through to see the content on your G3 screen, and lets you take advantage of Android apps designed for Google Cardboard, Google’s own DIY virtual reality platform that lets you turn just about any recent Android phone into a virtual reality device.

LG’s smartphone has a high-resolution display, relatively loud speakers (for a smartphone), and other features that the company says makes it a good platform for use with virtual reality applications.

The VR for G3 is based on Google’s designs for Cardboard, but the plastic case should make it a bit more sturdy. There’s a ring magnet on the side of the device that works with the phone’s gyroscope to let you navigate through apps and menus without taking the phone out of the headset.

6 replies on “Buy an LG G3 smartphone, get a virtual reality headset (that uses your phone)”