Phones with top-tier specs usually have top-tier prices. While you can pick up the latest Samsung, HTC, LG, or Apple smartphone for a few hundreds bucks or less with a contract, they typically sell for well over $500 when you buy them unlocked.

But there’s a recent trend of companies including Xiaomi and Google pushing phones with high quality specs at lower prices.

There are just a few catches — The BungBungame Project S won’t be available for nearly a year, and it’ll only be available if the company can raise $5 million through a crowd-funding project. 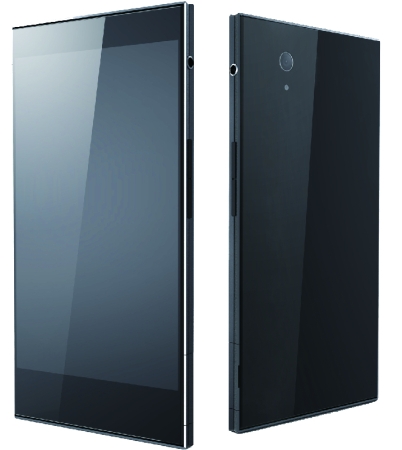 There are still a few known unknowns — the company isn’t saying which octa-core processor it will use, for instance. It’s also not clear what version of Android the phone will ship with — although that’s not surprising for a phone that’s not expected to hit the streets for nearly a year.

BungBungame has been around since 2008, and while the company doesn’t have a functional Project S phone to show off yet, BungBungame has a track record of building interesting tablets — the company introduced a Kalos tablet with a 10 inch, 2560 x 1600 pixel display and NVIDIA Tegra 4 processor this summer.

A few years ago the company also launched an AMD-powered Windows 7 tablet.

So it’s certainly feasible that BungBungame could deliver a phone that matches the specs listed above in the next year, assuming the company can raise the necessary funds.

But that’s a big if. $5 million is a pretty high goal for a crowd-funding campaign from a relatively unknown company. Canonical did manage to rack up nearly $13 million in pledges for its Ubuntu Edge smartphone earlier this year (which wasn’t actually enough to fund the project), but Ubuntu probably has a slightly larger loyal fan base than BungBungame.

via Techblog.gr and PC Magazine

8 replies on “BungBungame Project S: A $299 top-tier smartphone (if it gets funded)”